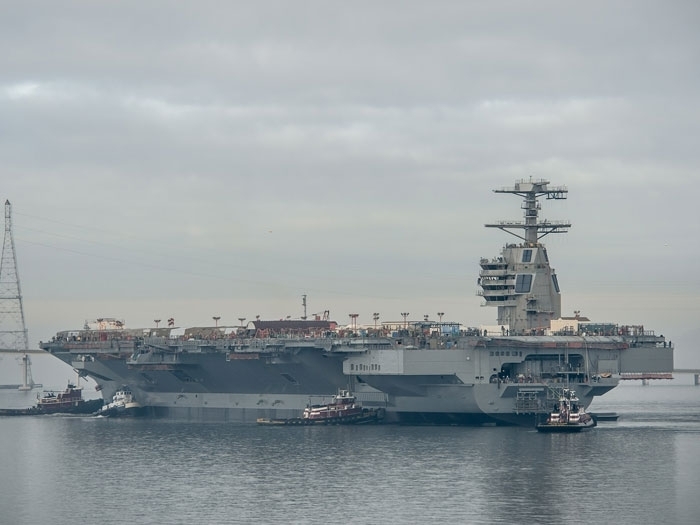 In its statement yesterday, the Navy said "the sea trial schedule will be delayed about six to eight weeks. The exact impact on ship delivery will be determined based on the results of sea trials.The Navy called the delay a "prudent step" providing "the most affordable path to delivery. All the work and any associated schedule delays are being managed within budget and below the $12,887 million cost cap."

SEPTEMBER 23, 2015 — Sea trials for the first-in-class nuclear aircraft carrier Gerald R. Ford (CVN-78) are being delayed. In a statement issued yesterday, the Navy said it had “identified a slight deterioration in the required progress on the CVN 78 shipboard test program.