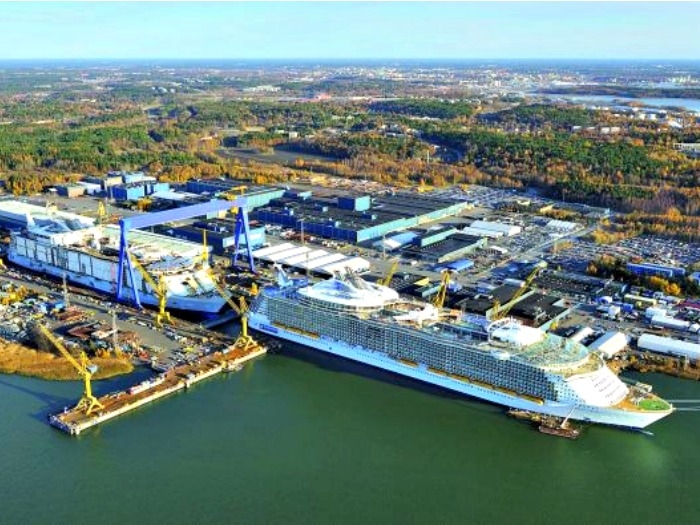 “This day is special in many ways. We have the opportunity to witness the float-out of the first new-build of Meyer Turku. I am very pleased that Mein Schiff 4 is right on schedule. It is good to continue from here and proceed to outfitting and commissioning phases,” says Jan Meyer, CEO of Meyer Turku Oy.

“As my first official act in my new role at TUI Cruises, setting a well-being ship afloat is a fantastic beginning,” noted Wybcke Meier, CEO of TUI Cruises.

The technically highly advanced, innovative and environmentally friendly 99,500 gt cruise ships are approximately 294 meters long and some 36 meters wide. They have approximately 1,250 cabins (2,500 lower beds) and a crew of 1,000. Special attention has been paid to environmental friendliness and energy efficiency of the ships. Each vessel in the series of ships brings approximately 5,000 person-years of labor to Meyer Turku shipyard and a significant amount of labor for the Finnish maritime industry network as well. The domestic content of these ships is approximately 80%.