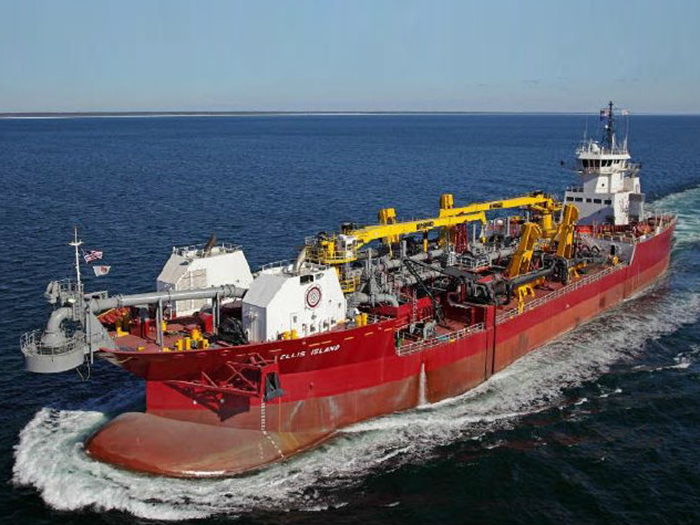 Great Lakes Dredge & Dock Corporation (NASDAQ:GLDD) has signed a contract with Conrad Shipyard for the construction of a 6,500-cubic-yard-capacity trailing suction hopper dredge. Delivery is expected in the first quarter of 2023 and the contract contains an option for a second vessel.

The vessel will complement the company’s existing six-dredge hopper fleet, including the ATB tug Douglas B. Mackie and its 15,000-cubic-yard-capacity barge Ellis Island, which was delivered in the fourth quarter of 2017.

Conrad will perform the detail design and construct the dredges at its Amelia, La., shipyard based on a regulatory-level design provided by Great Lakes’ in-house engineering department in collaboration with C-Job Naval Architects.

The dredge will be equipped with a direct high power pump-ashore installation, dredging system automation, dynamic positioning and tracking, U.S. EPA Tier IV compliant engines, and additional features designed to minimize the impact of its dredging process on the environment. The Tier 4-compliant engines significantly reduce the vessel’s climate footprint, while other incorporated features minimize turbidity and marine species entrainment. Best-in-class accommodations feature single-occupancy staterooms, a workout room, and an innovative movie theater with raised seating that doubles as a training facility.

Lasse Petterson, Great Lakes CEO and President, commented, “As the leader in the U.S. dredging industry, Great Lakes continues to strategically invest in its dredging fleet. This highly automated new build vessel will increase the capabilities of our hopper fleet in the coastal protection and maintenance markets as well addressing specific needs in the growing offshore wind market. We are proud to utilize American engineered and built engines, dredge pumps, technology and dredging installations to create a highly efficient and productive vessel to meet our nations’ maritime infrastructure needs. The construction of this Jones Act qualified vessel, at peak construction, will create 150 high paying shipyard jobs and upon delivery the ship will be crewed by U.S. citizen mariners. This vessel reinforces our commitment to the U.S. Army Corps of Engineers and faith in the future of the U.S. dredging market.”