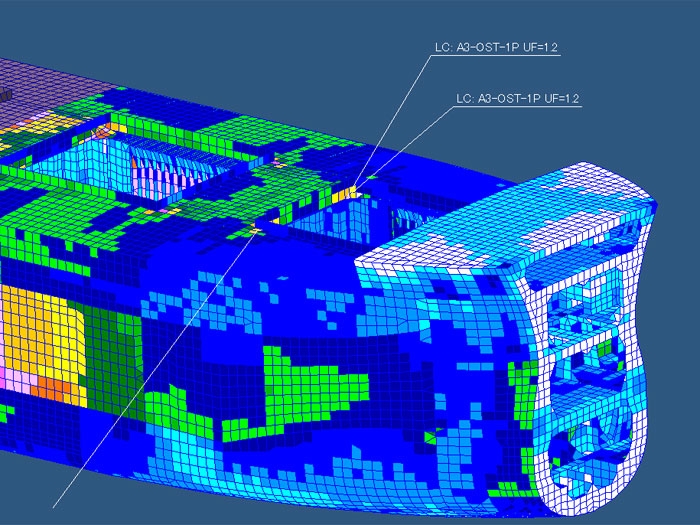 The software is the first of its kind to fully support the new CSR, which were adopted by IACS in December 2013 and ClassNK is providing it free of charge to its customers such as shipyards and designers around the world.

The new rules will be applied to all bulk carriers over 90 m and all oil tankers over 150 m contracted on and after July 1, 2015. As well as unifying and harmonizing the technical requirements of the CSR for tankers and bulk carriers, they incorporate new requirements for more comprehensive structural analysis at the design stage, including FEM analyses covering the entire range of cargo hold structures, as well as new formulae for buckling, fatigue, and residual strength criteria to enhance safety and reliability.

“While the new rules will mean safer ships, shipyards and designers will have to invest new resources to meet new design criteria and bring their designs into compliance with the new rules,” said Dr. Takuya Yoneya, ClassNK Executive Vice President and head of development for PrimeShip-HULL (HCSR). “With PrimeShip-HULL (HCSR), our goal has been to develop a comprehensive and powerful design support tool that rationalizes the design process and greatly reduces the man-hours needed to create ship designs that are compliant with the new rules.”

“Thanks to the new interface with commercial CAD, PrimeShip-HULL (HCSR) makes it possible to automatically generate FE models for the fore, mid, and aft sections of the ship, as well as very fine mesh and buckling panel data. This makes it possible to greatly reduce the time required for some of the most manhour intensive parts of ship design work,” said Dr. Yoneya.

In addition to the improved interface, PrimeShip-HULL (HCSR) also includes a number of features to support both initial and full ship design, making it possible for shipyards and designers to rapidly carry out case studies of potential designs, as well as optimize their designs in accordance with the harmonized CSR.

All of the features of PrimeShip-HULL (HCSR) have been developed in close cooperation with shipbuilders to ensure that users will be able to effectively reduce the time and cost of the ship design process.

“We have timely released preliminary versions of PrimeShip-HULL (HCSR) to coincide with the first and second drafts of the harmonized CSR in July 2012 and April 2013, respectively, and since that initial release more than 70 shipyards and ship design firms throughout Asia have tested the software and provided design feedback,” said Dr. Yoneya. “Thanks to this extensive testing, we’re confident that the new software will make it easier for shipyards and designers to incorporate the harmonized CSR requirements in their ship designs, and cost-effectively design a new generation of safer and more robust ships.”