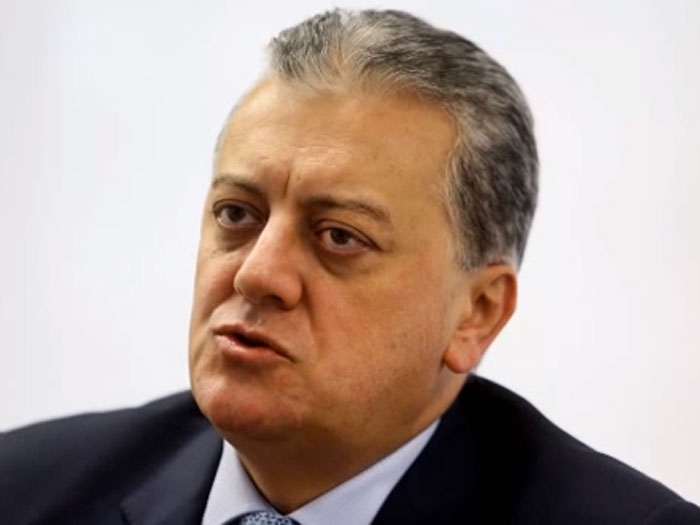 FEBRUARY 6, 2015 — Petrobras today announced the new leadership that will replace  former Petrobras CEO Maria das Graças Foster and the five other directors who resigned this week as  the Brazilian state-owned oil company continued to be the focal point of the Operation Car Wash corruption scandal.

At a meeting today, the Petrobras Board of Directors approved by majority vote the election of Aldemir Bendine as its CEO to take over from Maria das Graças Silva Foster, who will also be leaving the Company’s Board of Directors.

Until he handed in his resignation today, Aldemir Bendine was CEO of Banco de Brasil which, like Petrobras is a state-controlled entity with private sector investors, Media reports describe him as a “loyal foot soldier” of Brazilian President Dilma Rousseff. Accompanying Bendine to Petrobras from Banco de Brasil is Ivan de Souza Monteiro, who takes over as Chief Financial and Investor Relations Officer, replacing Almir Guilherme Barbassa. Monteiro had been Senior Vice President of Financial Management and Investor Relations at Banco do Brasil.

The result of this election will stand until the next Shareholders’ General Meeting, in accordance with the provisions of Brazilian law and the Company’s Articles of Incorporation.

The following executives were also elected by majority vote to take over as interim Executive Directors:

The current Executive Manager of Downstream Logistics, Jorge Celestino Ramos, will take over from José Carlos Cosenza as as Downstream Director. Jorge Celestino has a bachelor’s degree in chemical engineering from Rio de Janeiro State University (UERJ) and in Oil Process Engineering from CENPRO, as well as a specialization in Ethanol Production Technology from COPPE / UFRJ and an MBA in Business Administration and Marketing. He has been a Petrobras employee for 32 years and has held several management positions in Downstream and at Petrobras Distribuidora.

The current Corporate Gas and Power Manager, Hugo Repsold Júnior, is to take over as Gas and Power Director, replacing José Alcides Santoro Martins. Hugo Repsold has a bachelor’s degree in Mechanical Engineering from Fluminense Federal University (UFF) and in economics from Rio de Janeiro State University (UERJ), as well as a Master’s degree in Energy Planning under the Energy Planning Program of the Federal University of Rio de Janeiro (Coppe / PPE / UFRJ). He has been with the Company for 30 years and has held several management positions in Exploration and Production, Strategy and Corporate Performance and Gas & Energy.

The current Manager of Subsea Development Engineering, Roberto Moro, will take over as Engineering, Technology and Procurement Director, replacing José Antônio de Figueiredo. Roberto Moro has a bachelor’s degree in Mechanical Engineering from University Gama Filho, specializing in Project Management. He has been working at Petrobras for 33 years and has held several management positions in Engineering.

Petrobras expressed its gratitude to Graça Foster, Almir Barbassa, José Formigli, José Cosenza, José Alcides Santoro and José Antônio de Figueiredo for their technical expertise, professionalism and the dedication shown in the exercise of their duties.