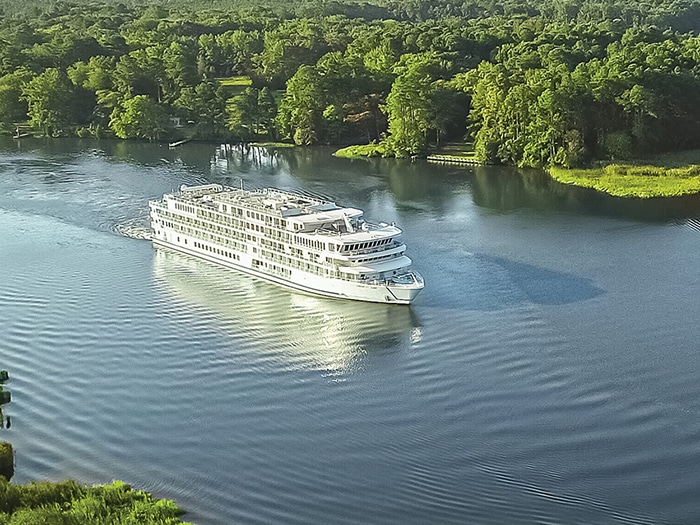 Guilford, Conn., based American Cruise Line’s latest modern riverboat, American Symphony, completed sea trials late last week and is on its way to New Orleans for an on-time start to its inaugural season on the Mississippi River.

American Cruise Lines reports that it accepted delivery of the vessel from Chesapeake Shipbuilding as scheduled. The ship is the fifth riverboat in the Line’s ground-breaking new series and the 15th small ship built by the Salisbury, Md., shipyard for American.

The 175-passenger riverboat will immediately join the company’s expanding Mississippi River fleet. It is set to depart New Orleans August 27, and American Cruise Lines plans to christen it during its inaugural cruise, on August 30 in Natchez, Miss.

“American Symphony is part of our ongoing commitment to leading the U.S. river cruise market by introducing innovative small ships every year,” said American Cruise Line’s president and CEO Charles B. Robertson. “Smaller is better on the rivers. We look forward to American Symphony’s first season on the Mississippi, as well as the introduction of sister ship American Serenade early next year.”

Accommodating 175 guests, American Symphony has five decks and offers 100% private balcony staterooms, including suites and single rooms. The new riverboat has an elegant design with a stunning use of glass, allowing for unparalleled views throughout the ship, which also showcases American’s patented opening bow and retractable gangway, as well as a top deck skywalk with an ellipse that cantilevers dramatically over the café below..