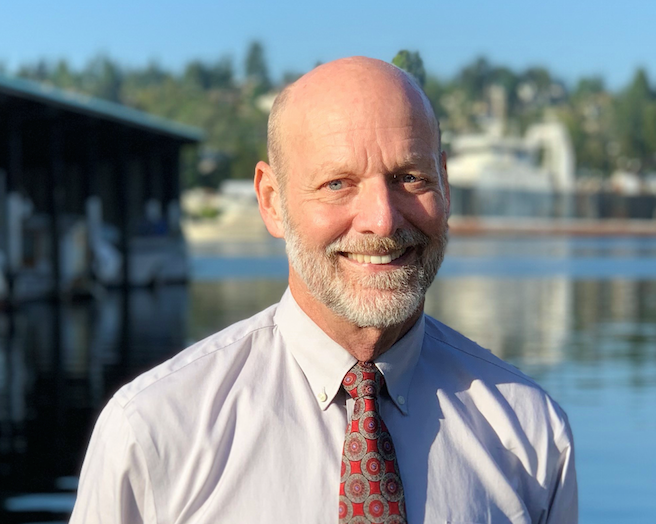 King has direct supervision of the business and affairs of the company, where he is responsible for advancing the major strategic objectives, while providing leadership with planning, business management, personnel development and sales. Since joining the company in 1988, he has made many contributions to the organization and seen many waves of technological advances in vessel engineering.

We spoke to King both to get some insights into today’s world of naval architecture and to find out what owners need to know in order to get the vessel they ordered.

Marine Log (ML): What drew you to the naval architecture industry prior to joining EBDG back in 1988?

Brian King (BK): I used to work as a chief engineer at the Kennedy Space Center on the solid booster rocket retrieval ships used for the space shuttle program. It was a dream job for me, living on the space coast and doing important work for NASA. Then the Challenger accident occurred in early 1986. We spent most of the subsequent year locating and picking up shuttle debris from the ocean bottom. After that, my future with the program was uncertain and I was bored without a mission.

I moved to New York and heard about a start-up in Seattle called EBDG. I was looking for an opportunity to move back to the Northwest where I grew up. It seemed like a great opportunity for me to apply what I know from ship operations together with my engineering education from the U.S. Merchant Marine Academy at King’s Point and the University of Washington.

I was intrigued by the idea of being part of a start-up. I’d never wanted to be anything but an operating marine engineer; but naval architecture suits me, and I’ve stuck with it for 32 years. I’ve always felt that having operating experience has given me a unique and beneficial advantage when designing ships and their systems. When reviewing our work, I visualize myself operating the vessel.

ML: Marine engineering has undoubtedly changed over the last 30-plus years. What are the major trends in design and technology being implemented in your vessels today?

BK: Technology has a huge impact on vessel design, construction and operation.  Thirty years ago, most drawing work was done on a drafting table. Designers were artists and craftsmen. They were masters of laying out a drawing and creating views for maximum clarity. Once a view was laid down on paper, it couldn’t be easily relocated or changed. Now with computer aided design, we value speed and accuracy with less emphasis on art of the drawing layout. 3D modeling can be cut, rotated and rescaled to show detail or evolve as the design matures.

All of our design work is now done on the computer with most developed in a 3D model and then translated to 2D contract, regulatory and construction assembly drawings. This is rapidly changing too, and more of the design will remain in 3D for construction. I don’t see the 2D contract drawing or regulatory submittal packages going to 3D any time soon.

3D digital scanning has emerged as a practical tool for use in design. Almost every modification project includes a 3D digital scan that accurately assists our engineers in determining equipment and outfit, pipe, and structure dimensions. We bring this information back to the office to utilize when making cuts and reconnections where we are modifying or replacing equipment or systems. We also use it to accurately determine hull shape for use in adding an appendage, midbody section or simply for input to our stability analyses. 3D digital scans have tremendously improved our accuracy and efficiency.

When I first came to EBDG, it wasn’t practical for us to do sophisticated analyses. When it couldn’t be avoided we would rent computer time from Boeing. All of our structure was designed using the ABS prescriptive formulas or by simple first principles calculations with the most sophisticated software being a spreadsheet. Now we have finite element analysis (FEA) software that is easy to use and installed on our desk computers. We use FEA for much of our structural design. We are able to optimize structure so that it has appropriate strength where needed, is not too overbuilt and not excessively overweight. Computational fluid dynamics (CFD) is another tool we now use that once was too exotic for us to use practically.

Now we run CFD analyses in-house to optimize hull shapes for efficiency and sea behavior. While towing tank testing still has a vital purpose, a significant number of trips to towing tanks and physical model building have been eliminated, saving considerable project time and cost. These technologies have allowed vessels to be designed and built that are better constructed and much more efficient to operate than they’ve ever been in the past.

One thing that hasn’t changed in 30 years is the importance of clear and continuous communication within the design team and between the designer, owner and shipyard. When all involved are effectively communicating with each other, errors and misunderstandings will be avoided and so will many change orders. And so, a better boat will be built.

ML: EBDG recently inspected two delivered newbuild vessels and found multiple deficiencies. Could that have been prevented if the owners had retained a naval architect firm to oversee construction of the vessels? Additionally, do you offer building supervision services?

The right owner’s representative will not only enforce the contract requirements, but will take on a Quality Assurance role during construction and will monitor progress payment invoices against actual progress. An owner’s representative will advocate on the shipyard’s behalf when change orders are appropriate and will seek a mutually satisfactory outcome when unforeseen events occur.

With the exception of military vessels, there are a considerable number of design decisions that occur during construction. The naval architect becomes invaluable when an on-the-spot design decision needs to be made. When the reason for a feature of the design isn’t readily apparent and someone wants to simplify or improve the design, the naval architect can evaluate the peripheral consequences to tonnage, performance or regulatory impact of any proposed changes or explain why it shouldn’t be changed.

Regulations applicable to the design don’t typically change between design development and construction, but the interpretation of the regulation often will change. It is usually the naval architect that determines the validity of the interpretation and can adapt the design or push back when necessary.

And yes, we do offer owner’s representative/construction oversight services. Projects just seem to go better when we are participating and onsite during construction.

BK: To help assure a successful outcome, hire the naval architect that has plenty of recent experience in the type of vessel being ordered, particularly if the owner has worked well with that naval architect in the past. The naval architect can only develop a design that works well for the owner when the owner is actively involved in the design decisions. Take the time needed to allow the development of a good design and a contract specification that you’ve carefully reviewed.

A new vessel is an expensive endeavor. Before the bid phase of the project starts, be sure that you have secured funding to see the project through delivery. The naval architect can help you determine the expected capital cost of the vessel. If most of the construction bids come reasonably clustered around an amount, but there is one bid significantly under the others, let it go; it’s not worth it.

An apparent bargain price isn’t a bargain after all. Pick a builder that has a good history or that you’ve worked well with in the past. If it’s a new vessel, choose a shipyard that does new construction. It rarely goes well when a repair yard tries new construction. A project will only be successful when the builder, owner and designer all have a common interest in a mutually beneficial outcome. The desire to maintain a good reputation within our small industry plays an important role in this.

Once a project is awarded, avoid the tendency to want to improve the contracted design. Most shipyards don’t want change orders. The cost to make the change often doesn’t adequately cover the cost of the disruption represented by the change.

ML: What can the industry expect from EBDG in 2020? Are there any new projects you¹re excited about?

BK: 2020 is shaping up to be an exciting year for EBDG. We will soon have several ballast water treatment installation projects underway that, until now, have only been trickling in. Last year and into this year also seems to be the tipping point when battery hybrid propulsion installations have become economically viable. We have several ferries under various stages of design development that have some variation of battery hybrid propulsion system.

These, in many cases, are now justified by the added capital cost of the propulsion system being offset by the reduced fuel consumption (and emissions), providing a realized return on the investment. And it’s not just new construction. We will be working on some repowers this year that will also become battery hybrid installations. We also have a project that is using a battery hybrid thruster for in-port, zero-emissions quiet maneuvering with the batteries being recharged by the generators underway to provide a measure of generator peak shaving.

I also anticipate that this year, we will be designing one all-battery (no diesel engine in operation) electric ferry, an LNG-fueled inland towboat, an LNG bunkering barge, and a hydrogen fuel cell ferry. 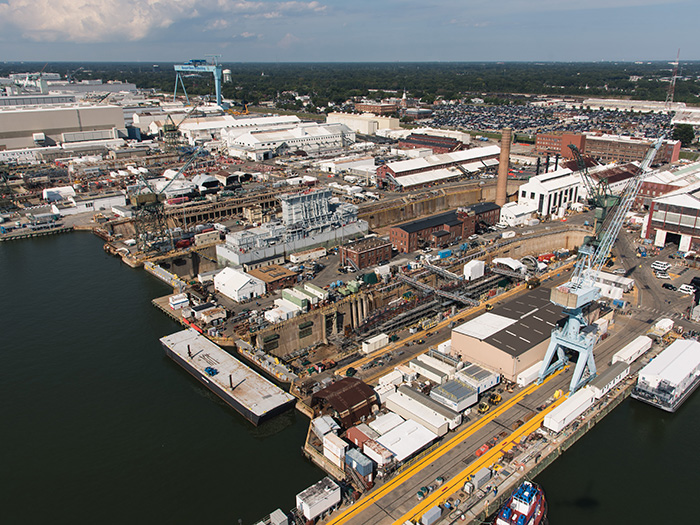 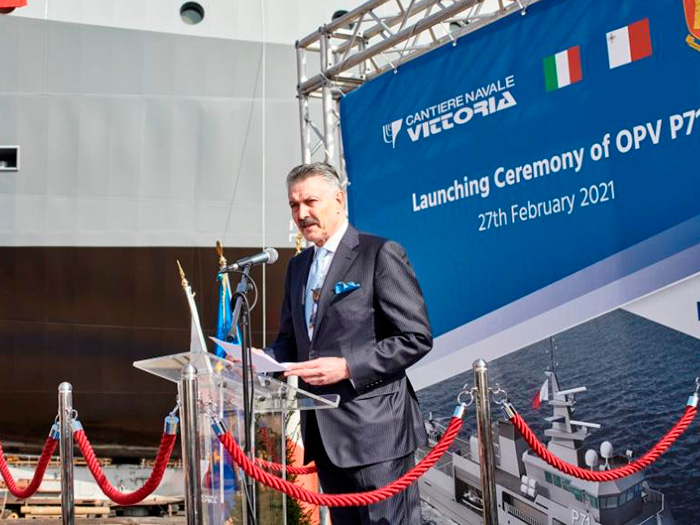