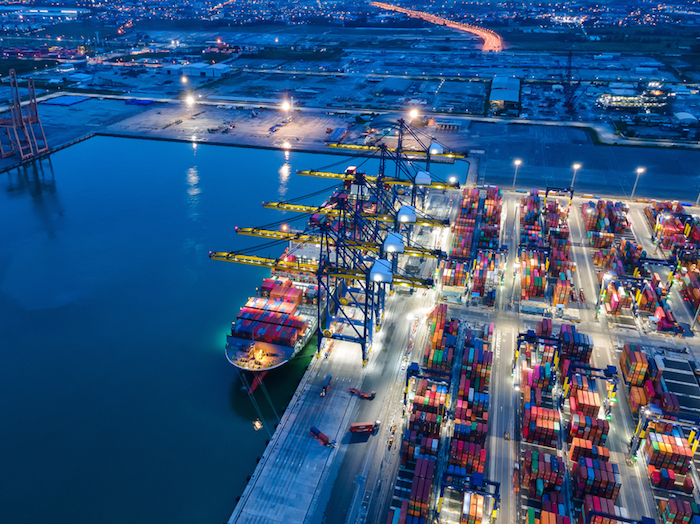 The same July week that many banks reported a peak in growth and inflation with projected U.S. gross domestic product (GDP) growth of 6.5%, China also reported a slowing economic second quarter due to sluggish manufacturing activity, higher cost of raw materials, and rising COVID-19 cases. However, China still projected a GDP of 7.9%. To complete the trifecta of economic news, President Joe Biden issued an executive order expressing concerns about competition and prices in the transportation industry, including the maritime sector.

As we know, an executive order is a directive from the president to execute and implement legislation. It is not the law and can be subject to judicial review under the Administrative Procedure Act or overturned by Congress. Executive orders are not new and came into favor during President Franklin Roosevelt’s term as president, when he aggressively issued more than 3,500 executive orders as an activist president.

President Biden declared that the “experiment of letting giant corporations accumulate more and more power has failed,” requiring an executive order to address what his administration has concluded are anticompetitive practices within the transportation industry. The intended result of the 72 broad-based initiatives announced is to lower consumer pricing and to increase employment. In the maritime industry, many questioned whether the stated “failed experiment” was related to competition and consolidation and whether the initiative would lower consumer prices or create additional impediments. While the Fact Sheet accompanying the executive order noted lack of competition, it did not suggest what policies caused consolidation or what industry practices were the cause of higher prices and lower wages.

The maritime industry has often been successful in self-identifying problems and finding solutions to complex logistical issues in the competitive free market economy. While capitalism may be the economic model in the United States, the maritime industry has been highly regulated over the past 40 years and longer during the “failed experiment.” Terminal operations are at the economic crossroads of the intermodal movement of products nationally and internationally. At the crossroads of terminal operations, which have traditionally been regulated by the Federal Maritime Commission (FMC), exist economic tensions between shippers and carriers.

COVID-19 has affected supply chains from manufacturing to delivery. Ships have stood at anchorage, and containers have remained in yards during various quarantines. There have been shortages and surpluses of containers containing products, dictated by events that were neither foreseen nor resolved by any increased regulatory control.

Terminals are at the crossroads of intermodal transportation and are vital to the international economy. In 2004, Justice Sandra Day O’Connor, writing for the Supreme Court in Norfolk So. R.R. v. Kirby,recognized:

“Maritime commerce has evolved along with the nature of transportation and is often inseparable from land-based obligations. The intermodal transportation industry has clearly moved into a new era—the age of multi-modalism, door to door transport based on effective use of all available modes of transportation by air, water and land. The cause is technological change: because goods can now be packaged in standardized containers, cargo can move easily from one mode of transportation to another. … Containerization may be said to constitute the single most important innovation in ocean transport since the steamship displaced the schooner.”

Container terminals are intermediate destination facilities that enable shipping containers to switch methods of transport en route to a final destination. The movement and storage of containers form a logistical ballet embracing technology and requiring coordination. Delays in the movement of goods lead to demurrage and detention charges and affect the price of goods. The use of technology affects employment because more can be done with less.

Are congestion issues, delays, and demurrage due to a “failed experiment,” economic systems, technology, or unforeseen circumstances?

That question has not been answered, but even prior to the recent executive order, the FMC began looking into container shipping practices as the gatekeeper of maritime industry practices.

If the FMC is performing its regulatory functions, is there a need for an executive order? Is the cycle of consolidation and contraction referenced in the executive order a result of technology, anticompetitive business practices, COVID-19, or unknown factors that would warrant a convocation between shippers and carriers to identify and rectify?

The recent executive order implies that the FMC has not done its job for 40 years. The FMC’s mission statement is simple and clear:

“Ensure a competitive and reliable ocean transportation supply system that supports the U.S. economy and protects the public from unfair and deceptive practices.”

The FMC ensures competitive and efficient ocean transportation services for the shipping public, protects the public from financial harm, and contributes to the integrity and security of the U.S. supply chain and transportation system. The FMC accomplishes this by reviewing tariffs and monitoring agreements between carriers and terminals to maintain fair business practices. The FMC is also a forum for exporters and importers to seek relief from ocean shipping practices or disputes that affect commerce. While maritime commerce practices must be fair and reliable, maritime transportation is also vital to the security of the U.S. national supply chain and must be protected.

The FMC is the regulatory agency, the gatekeeper, and the guardian of the supply chain. Any failure by the FMC and related agencies results in a strain on the U.S. economy. Traditionally, the FMC has been diligent in balancing interests in a competitive market and has also been a forum for resolving wrongs. The Fact Sheet supporting the recent executive order identifies a problem, but not the cause. It remains to be determined whether the “failed experiment” is the failure of a free market economy, a failure to regulate, a result of uncontrolled anticompetitive practices, or due to unforeseen circumstances. What remains certain is that efficient and effective terminal operations, at the intersection of intermodal transportation, are vital to commerce and that technology has greatly influenced operations, as noted by Justice O’Connor in 2004. There were also unforeseen influences. It is not surprising that terminal operations is at the crossroads of The executive order questioning its regulation of the maritime transportation industry.

Grady S. Hurley, a Marine Log Advisory Board member, is co-leader of the maritime litigation and arbitration team and co-chair of the Energy, Environmental & Natural Resources Industry Team at Jones Walker LLP in New Orleans. In addition to his role at Jones Walker, Hurley is also current 2nd vice president of the Maritime Law Association. Since 1979, he has focused on maritime, oilfield, and energy litigation.

What’s in the Biden budget for maritime?