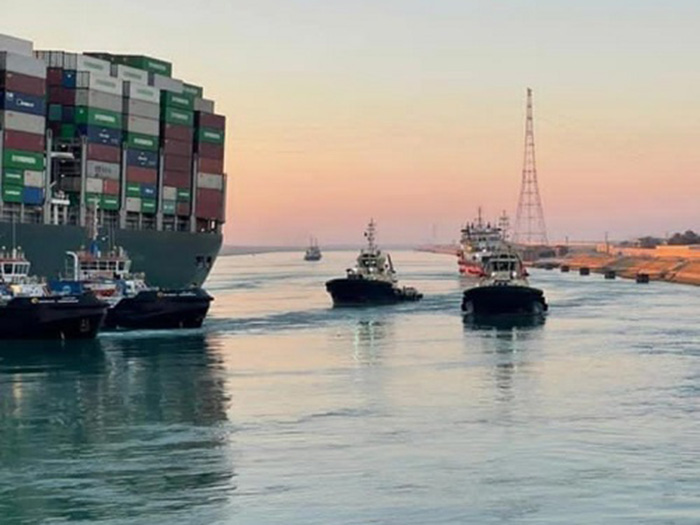 Hopes are that the Suez Canal can soon be fully open to traffic. Efforts to refloat Ever Given, the giant containership that has been blocking the channel since March 23, are starting to succeed.

The Suez Canal Authority said this morning that, as the result of push and pull maneuvers by tugs, the stern of the 400 meter long vessel was now 102 meters away from the bank of the Canal now instead of 4 meters prior to the refloating attempt.

Around 15 tugs have been involved in the refloating effort and plans were to resume maneuvers during high tide at 11.30 a.m local time and get the vessel positioned back in the waterway.

Admiral Osama Rabie, Chairman and Managing Director of the Suez Canal Authority (SCA) said that navigation in the Suez “shall be resumed immediately upon the complete restoration of the vessel’s direction and directing it to the Bitter Lakes waiting area for technical inspection.”