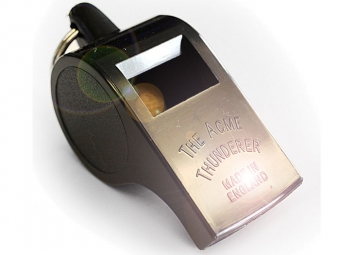 JULY 20, 2016 — In a landmark Seaman’s Protection Act decision, a U.S. Department of Labor Administrative Law Judge has awarded a former Horizon Lines master more than $1 million of damages after being fired in 2013 following his reporting of safety violations aboard his then command, the Horizon Trader.

“I find that Horizon violated Loftus’s right to be free from retaliation under the SPA. See 46 U.S.C. § 2114(a). Loftus proved by a preponderance of the evidence that he engaged in protected activity in October of 2011, August of 2012, and February and April of 2013 by reporting and threatening to report to the USCG and ABS what he believed to be safety violations on the ship he sailed as Master. Further, I find that Horizon knew of Loftus’s protected activity and that his protected’ activity was a contributing factor in Horizon’s decision to take adverse action against him. Horizon did not prove by clear and convincing evidence that it would have demoted Loftus absent his protected activity. Accordingly, I find that Loftus is entitled to $655,198.90 in back pay plus interest compounded on a daily basis, $10,000 in compensatory damages for emotional distress, $225,000 in punitive damages, and reasonable litigation costs including attorney fees.”

At the time of trial, Captain Loftus was 66 years old. A U.S. Merchant Marine Academy graduate, he had worked in the maritime industry for approximately forty-two years with least twenty years of experience specifically sailing as Master.

The ruling notes that “all of the experts in this case are unanimous that Loftus was at the top of his game when it came to safety concerns” and cites one of them as saying “Captain Loftus, in my experience and opinion, was the most safety conscientious Master in the entire Horizon Lines fleet.”

It also says that Loftus’s commitment to safety “is evident from the numerous Corrective Action Requests he submitted to Horizon over the years, as well as his repeated communications with regulatory agencies regarding his safety concerns.”

The ruling says that “Loftus was clearly a thorn in Horizon’s side.”

After a March 2013 incident when Chief Mate Robert McCarthy, second in command of the Trader, was severely injured while performing a task on deck, the ruling finds that Horizon engaged in “machinations” in forming a disciplinary team and an investigation team to mask the true reasons for its actions—to discipline Loftus for his protected activity and used “smoke and mirrors” to justify the decision it had already reached.