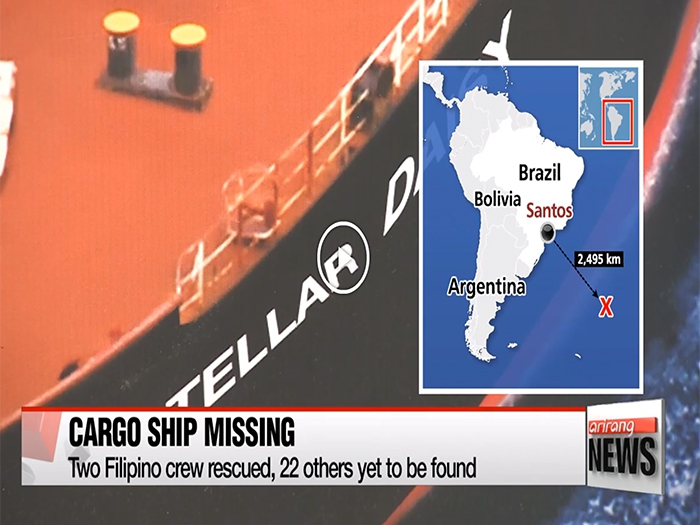 The South Korean foreign ministry says the shipowner received a message from one of the crew late Friday, Korea time, that the ship was sinking.

Eight Korean and 16 Filipino sailors were aboard the ship which was some two-and-a-half thousand kilometers east of Uruguay when the distress signal was sent.

Arirang News reported today that, according to the foreign ministry, commercial ships helping with the search effort found two Filipino crew Saturday night, but 22 other crew members were still missing.

The ongoing search has recovered five of the ship’s six lifeboats.