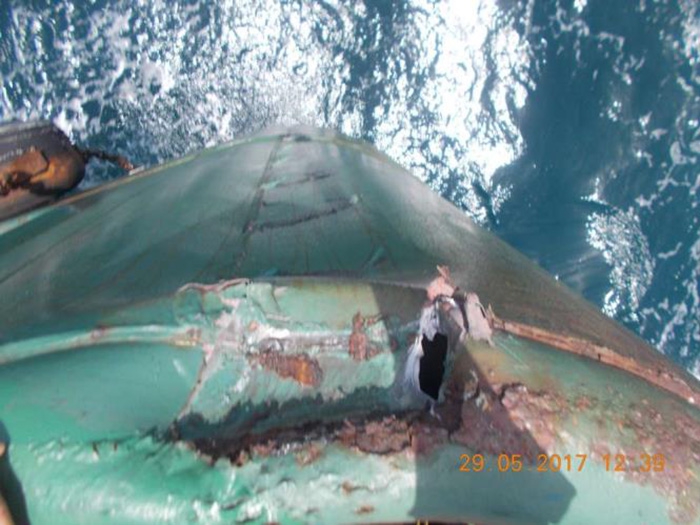 OCTOBER 16, 2017 — A recent alert from the International Marine Contractors’ Association (IMCA) looks at lessons to be learned from a recent incident in which a platform supply vessel (PSV) incurred some damage after colliding with the legs of a jack-up drilling rig.

The incident occurred after transfer of water to the rig. The PSV had been ready to disconnect the hose, but the rig informed the PSV that there would be a delay. The PSV was to the windward (weather) side of the rig and the weather was “rough”, with the wind approximately 22 knots.

A little under an hour after completing transfer of cargo, but while the hose was still connected, the PSV starboard engine and thrusters tripped. As a result the PSV started to move astern and to Starboard. DP control was immediately transferred to manual mode. The hose was dropped in the water. While pulling away to safety, the PSV made contact with the forward leg of the drilling rig.

What went wrong? What were the causes?

Procedures were not followed: Vessel working on the weather side as the jack-up rig was not geared up to receive water on the lee side;

What lessons were learnt? What actions were taken?

Better management and assessment of risk during simultaneous operations – if required, the vessel should come off and get out of the safety zone;

While material failure of items can be unpredictable, planned maintenance schedules and manufacturer’s instructions should be followed for critical equipment.