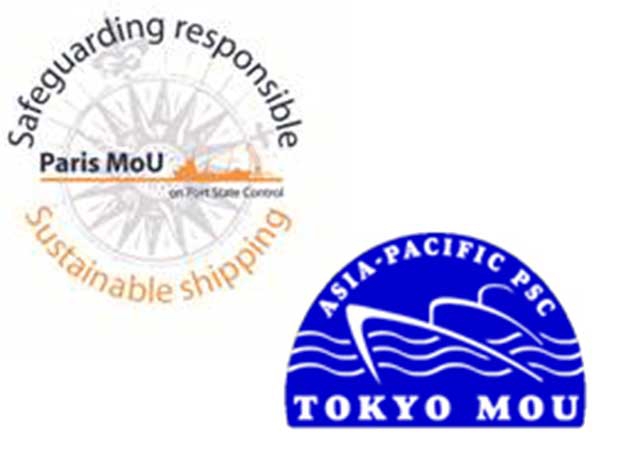 JULY 31, 2017 — Port state control authorities in countries that are members of the Tokyo and the Paris MoUs on Port State Control are to launch a joint Concentrated Inspection Campaign (CIC) on safety of navigation.

The aim of the crack down is to check compliance with the applicable requirements of the SOLAS Convention, the overall status of the vessel’s navigation safety, and the competency of crew involved in navigation operations.

The inspection campaign will be held for three months, commencing from September 1, 2017 and ending November 30, 2017. A ship will only be subject to one inspection under this CIC during the period of the campaign.

Navigational equipment items have always been major inspection items for PSC inspections. The Tokyo MoU and the Paris MoU have conducted a joint CIC for SOLAS Chapter V concerning safety of navigation in 2008.

The regulations for navigation equipment have undergone frequent changes under a series of amendments to SOLAS Chapter V (safety of navigation). Electronic Chart Display and Information Systems (ECDIS) have assisted watchkeepers to maintain navigation safety and reduce the navigational workload since their application.

Deficiencies relating to navigation equipment contribute a major proportion of the total deficiencies.

If deficiencies are found, actions by the port state may vary from recording a deficiency and instructing the master to rectify it within a certain period of time to detaining the ship until the serious deficiencies have been rectified. In the case of detention, publication in the monthly detention lists of the Tokyo and Paris MoU web sites will take place.

It is expected that the Tokyo and Paris MoUs will carry out approximately 10,000 inspections during the CIC.

The results of the campaign will be analyzed and findings will be presented to the governing bodies of the MoUs for submission to IMO.