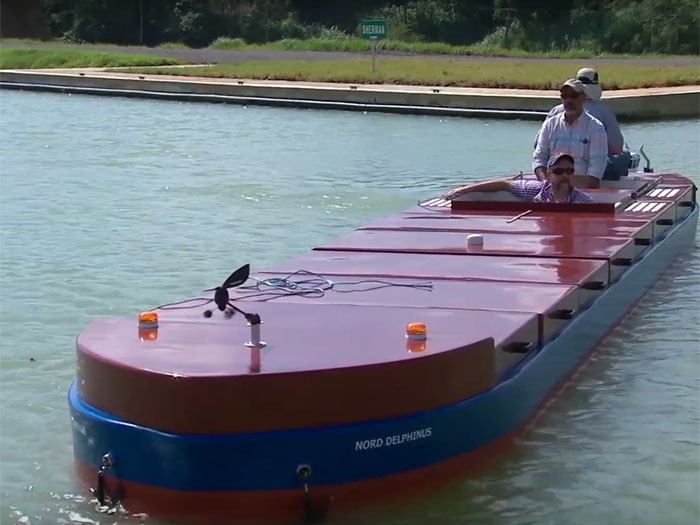 APRIL 29, 2016 — The Panama Canal Authority (ACP)  is dismissing recent claims by the International Transport Workers’ Federation (ITF) that raised safety concerns about maneuvering in the operation of the Expanded Panama Canal’s new locks.

The ITF claims were based on a study that it commissioned in response to concerns raised by its Panamanian member unions.

The ACP says that “multiple studies over ten years, outside independent analysis and the embrace of maritime industry standards” have made the canal expansion a reality and success.

ITF’s claims in a recently released document are not based on mathematical models and do not include data from physical navigation tests as that been done in preparation for operations in the Expanded Canal. It therefore lacks scientific accuracy and credibility. In addition, the authors have not transited through the Panama Canal and are not trained to do so.

The Panama Canal spent nearly 10 years to methodically and professionally evaluate and analyze the design of the Expanded Panama Canal’s locks. This process included conducting internal and external studies to determine how the new locks should operate. After this in-depth process, the Panama Canal made the informed decision to embrace the industry standard of using up to four tugs to navigate ships. Outside industry experts concluded that the ACP’s decision was correct.

“We commend all who have been involved in this project over the past 10 years,” said Captain Peter Pusztai, Panama Canal Pilot Training Coordinator. “The ITF’s claims are unproven and contain many errors. Despite their false claims, we look forward to transforming the maritime industry through the opening of the Expanded Panama Canal.”

The Panama Canal reiterated that it is proud of investment in and preparation for the opening of the Expanded Canal on June 26 and its painstaking attention to detail to ensure the safe, reliable and efficient transits.

In 2015 alone, the Panama Canal invested more than $3 million to upgrade its Center for Simulation, Research and Maritime Development (SIDMAR) with additional rigorous mathematical models to further train pilots and tugboat captains to operate within the expanded locks.

Additionally, the Panama Canal has invested more than $8 million in the Scale Model Maneuvering Training Facility, which complements simulation training received at SIDMAR and is devoted to ship handling and hands-on training to scale. This innovative 35.3-acre training facility features docking bays, replicas of the new and existing locks, gates, and chambers, all at a 1:25 scale to provide Pilots and Tugboat Captains with the in-depth, hands-on-training needed to safely and efficiently transit Neopanamax vessels through the Expanded Panama Canal.

More information can be found HERE