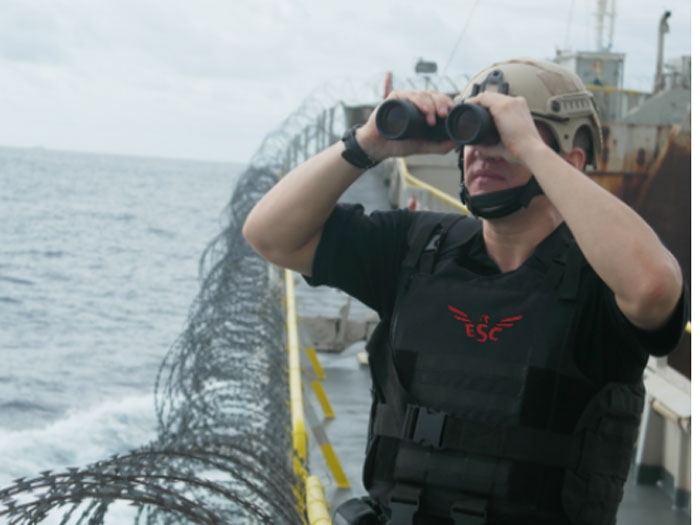 MAY 21, 2015 — As the Mediterranean migrant crisis mounts, the Chief Security Officer of an Estonian-based maritime security firm is saying that only those commercial ships operating with security personnel onboard should assist in rescuing seaborne refugees.

ESC Global Security’s Ivari Sarapuu says,”although merchant ships are bound by the Law of the Sea to rescue those in difficulty, they should exercise caution when taking on refugees, given the overwhelming numbers involved and the political volatility in the countries from which these people have fled.”

Mr. Sarapuu is a former Estonian Navy member whose experience includes heading training for NATO protection teams and commanding the vessel protection unit on a EU ATALANTA warship operating off the Somali coast.He believes that commercial vessels operating with minimal crew may not have the training required to ensure the vessel remains secure.

“Ship safety and security must remain the number one priority. It will be difficult for a small crew onboard a ferry, tanker or bulk carrier to remain operationally effective if it has to provide humanitarian aid to hundreds of refugees. A shipboard security team, however, is able to monitor the boarding of the refugees, carry out any identification checks and ensure that their actions do not impact on ship operations.

“Qualified, properly trained and regularly tested security personnel are best placed to identify the likely number of vessels and people being encountered, contact the relevant authorities, provide medical assistance where required and maintain video and written records of the event, leaving the crew to continue operating the vessel safely.”

Jaanus Rahumägi, President & CEO, ESC Global Security, says, “the deployment of professional security guards on vessels is not limited to operations in known high risk areas. We suggest using security on vessels to avoid further escalation of potentially armed refugees carrying out crimes and acts of terrorism. With this in mind, specially trained security is strongly recommended to identify possible weapons or other prohibited items and, if necessary, to apply measures to maintain the safety of all persons onboard.”

According to the UN High Commissioner for Refugees (UNHCR), 218,000 people, including migrants and refugees, crossed the Mediterranean by irregular routes in 2014 and this trend is expected to continue throughout 2015. The crisis in Rohingya, Southeast Asia, is on a similar scale, with the UNHCR estimating that a potential 200,000 people could be displaced.