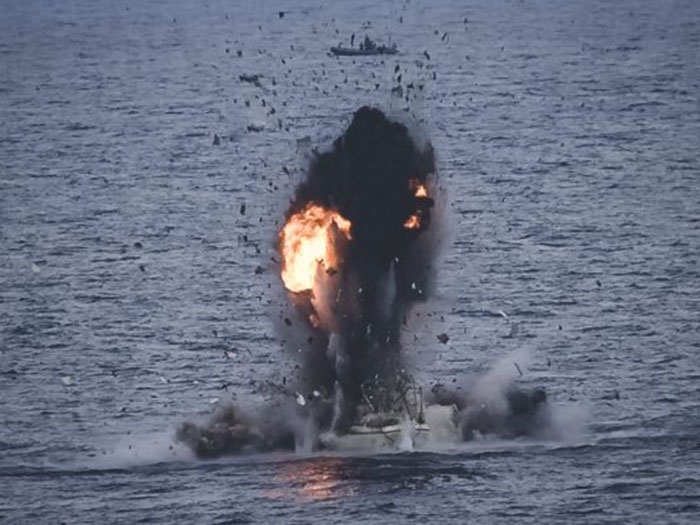 This followed a sustained period of surveillance after a pirate attack was conducted against the Hong Kong-flagged bulk carrier KSL Sydney (see earlier story).

The attack against the KSL Sydney took place on October 16, 340 nm off the coast of Somalia.

Rear Admiral Alfonso Perez de Nanclares, the EU NAVFOR Force Commander, ordered counter-piracy forces to the area to make further investigation. EU NAVFOR Spanish Maritime Patrol and Reconnaissance Aircraft flew over the area to gain as much detailed information on suspected pirate activity as they could. The ability to deploy aircraft and ships immediately to this area proved vital in identifying this latest Pirate Action Group. The information the reconnaissance aircraft provided made it apparent that Pirate Action Group whalers were active in the area that would be used to launch further attacks on shipping transiting the area.

The suspicious whaler identified by the aircraft was later tracked down by the crew of ESPS Castilla to a small bay just off the Somali coast. The Force Commander then ordered it to be seized and towed out to sea where it was safely destroyed.

Admiral Nanclares said: “Using the resources of Op Atalanta we were able to identify, track and destroy the equipment of a Pirate Action Group making it harder for them to attack maritime shipping in the future. We will continue to deter and prevent acts of piracy with every chance we get in order to ensure vulnerable shipping and their crews remain safe while they transit the Western Indian Ocean.”