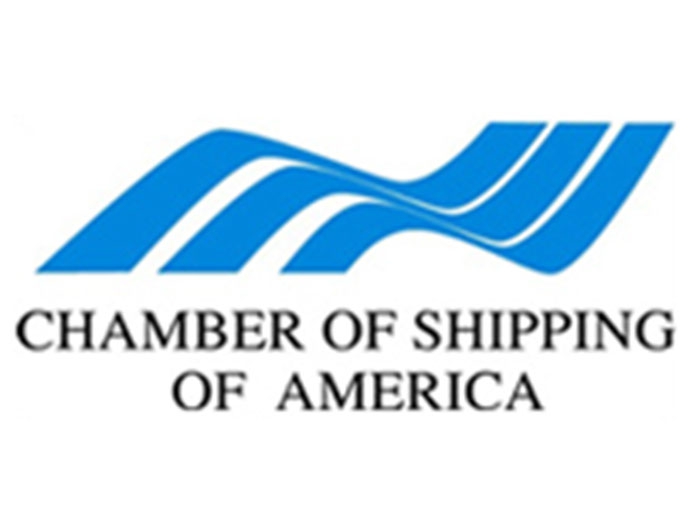 JUNE 12, 2018 – Over 200 people attended the Annual Safety Awards Luncheon held by the Chamber of Shipping of America at the Hilton Riverside Hotel, New Orleans, on June 5.

Since 1958, the CSA has also sponsored the Safety Achievement Award program which recognizes outstanding feats of safety that contribute to saving a life, a ship or other property. This year, the Sixtieth Anniversary of the program, 1,616 vessels with 10,501 cumulative years of accident-free operation received awards.

In opening remarks, Kathy Metcalf, CSA President, said: “CSA’s members are committed to safe operations and CSA’s involvement in safety is longstanding with our ongoing commitment to represent the industry, domestically and internationally, on safety issues encompassing every facet of ship operations. It is only fitting that an industry so focused on safety, publicly recognizes the skills and dedication of the women and men who have enabled these many years of safe operations and who are responsible for actions in keeping with the highest traditions of the sea – aid to those in peril.”

The Top Honor was received by the AMVER program vessel M/V Johanna of Eurobulk Ltd for the crew’s seamanship and lifesaving actions on February 18, 2017 when crew was notified then located a wooden boat taking on water with 105 migrants onboard including pregnant women and many children. Despite choppy seas and high winds, the crew rescued all 105 migrants then provided medical attention, food and shelter before safely transferring all migrants to Italian authorities the following day.

Eight ships received Citations of Merit. The Eagle Bay of CSA member company SeaRiver Maritime, Inc. won for the crew’s actions when the ship diverted to respond to a distress call where a disabled sailboat was adrift in high wind and seas. The crew provided a lee for the sailboat for three days as the two vessels slowly made their way toward the coast providing fuel and provisions as needed until a U.S. Coast Guard cutter was able to assume the escort.

The M/V Genesis Patriot of Genesis Marine LLC won for its crew’s attentiveness and quick actions on February 12, 2017, and their astute actions in responding to an AMVER alert to assist a sailboat taking on water with 11 migrants onboard. as the risk of sinking increased, the Genesis Patriot’s crew embarked the migrants then coordinated a rendezvous with a U.S. Coast Guard cutter to transfer the survivors.

The Chamber of Shipping of America represents U.S. based companies that own, operate or charter oceangoing tankers, containerships, and other merchant vessels engaged in both the domestic and international trades and other entities that maintain a commercial interest in the operation of ooceangoing vessels.