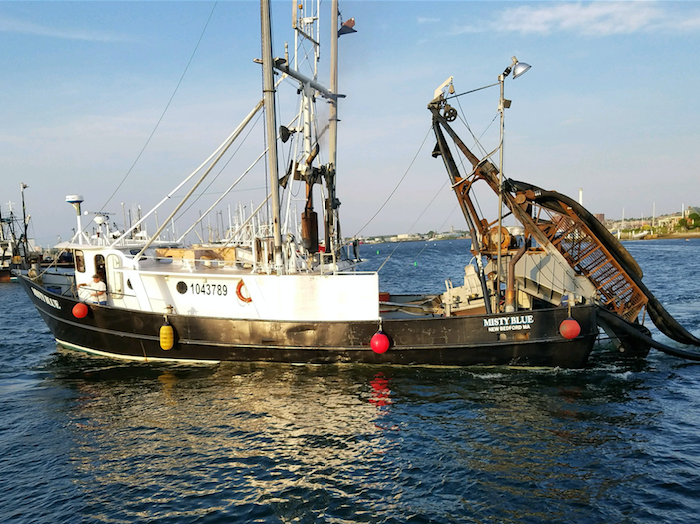 For the eighth year, the National Transportation Safety Board (NTSB) has released its “Safer Seas Digest 2020,” a compendium of the NTSB’s maritime accident investigations involving loss of life, injuries and significant property damage completed in 2020.

The digest details lessons learned from those accidents involving contact with fixed objects, sinkings, collisions, fires, explosions, flooding, groundings, and capsizings. Among the investigations included in the 112-page report is the fire aboard the dive boat Conception, where 34 lives were lost, and the collision that took 11 lives aboard the USS Fitzgerald.

“These tragedies remind us that whether we are serving in the nation’s armed forces, scuba diving for recreation, fishing on a trawler, or sustaining maritime commerce, we are all reliant on safety measures that must be in place before we step aboard,” said NTSB Chair Jennifer Homendy. “Mariners can use the lessons learned in the Safer Seas Digest to prevent future accidents and owners and operators can use it to help ensure a culture of safety at sea.”

“With every investigation, we learn new safety lessons to prevent or mitigate futures losses, but only when marine stakeholders at all levels of the industry apply these lessons is marine safety improved,” said Homendy. “I hope that the Safer Seas Digest 2020 provides the marine industry with essential information to better understand the safety issues confronting it, and the pathway to making maritime transportation safer.”

While the report examines all maritime accidents—from inland towing to cargo ships—this article will focus on five notable fishing vessel incidents that occurred in 2019.

A significant contributing causal factor to the fishing vessel accidents is crew fatigue. The NTSB noted in the digest that an effective way to prevent fatigue among crewmembers is for owners/operators to have measures in place to ensure that crewmembers receive enough rest to adequately perform navigational and lookout duties.

On December 4, 2017, the uninspected fishing vessel Misty Blue was harvesting clams 9 miles southeast of Nantucket, Mass., when the port clam tank began flooding and the vessel subsequently capsized and sank. Two crewmembers were trapped on board and perished when the vessel sank; the other two crewmembers managed to escape and were rescued by a nearby fishing vessel. Oil sheens were observed.

According to the digest, the probable cause of the capsizing and sinking of the 69-foot Misty Blue was flooding of the port clam tank from an undetermined point of ingress, which led to a decreased freeboard and a list allowing boarding seas to be trapped on deck, thereby decreasing the vessel’s stability. Contributing to the sinking was the relatively small freeing port area of the vessel, which likely increased water accumulation on deck.

The commercial fishing vessels American Eagle and Koorale were fishing in the eastern Pacific Ocean, approximately 1,475 miles northeast of American Samoa on June 17, 2019. While pursuing the same school of tuna, the two vessels collided. Both vessels sustained damages but were able to return to port.

No pollution or injuries to the 33 crewmembers aboard the 258.4-foot American Eagle or the 19 aboard the 182.1-foot Koorale were reported. Damage to the vessels was estimated at $8.3 million.

The probable cause of the collision between the fishing vessels American Eagle and Koorale was both vessels’ captains and fishmasters not following international collision regulations or communicating to make arrangements while pursuing the same school of fish, according to the NTSB.

The 50-foot Ariel was transiting Sheep Bay, Prince William Sound, Alaska, on August 26, 2019, when a fire broke out in the vessel’s engineroom. The four crewmembers aboard the Ariel attempted to fight the fire, but they were unsuccessful and abandoned ship into the vessel’s skiff.

According to the digest, the Ariel continued to burn and subsequently sank. The crew was rescued by nearby vessels and returned to port uninjured. About 500 gallons of diesel fuel was aboard the vessel when it sank. The Ariel, valued at an estimated $600,000, was a total loss.

The digest states that the probable cause of the fire aboard the fishing vessel Ariel was the ignition of fuel leaking from the generator fuel supply line in the engineroom. Contributing to the severity of the fire and the eventual loss of the vessel were the fixed-open inlets for the engineroom ventilation, which allowed fire-extinguishing agent to escape and air to enter the space.

On February 15, 2019, the 57.8-foot Pacific 1 was engaged in cod fishing in the Bering Sea near Kashega Bay, Unalaska Island, Alaska, when the vessel began to take on water at the stern.

The five crewmembers abandoned the vessel and were rescued by the nearby vessel Kona Kai. No crewmembers were injured in the accident, and an oil sheen was reported. The vessel sank and was considered a total constructive loss, valued at an estimated $720,000.

The probable cause of the sinking of the fishing vessel Pacific 1 was the captain’s decision to remain at sea with continuous flooding in the lazarette from an undetermined source, which accelerated and eventually led to progressive flooding.

The 58-foot Freyja was longline fishing in the Bering Sea near Point Tebenkof, Unalaska Island, Alaska, on March 9, 2019, when the vessel grounded and remained stranded on the rocks.

The NTSB stated in the digest that the vessel’s four crewmembers abandoned the boat and swam to a nearby vessel. The vessel was considered a total loss, with damage estimates at $550,000. There were no reports of injuries or pollution.

The probable cause of the grounding of the fishing vessel Freyja was the failure of the deckhand on watch to monitor the vessel’s track as a result of falling asleep due to an accumulated sleep deficit and the vessel owner’s lack of countermeasures to mitigate crewmember fatigue. 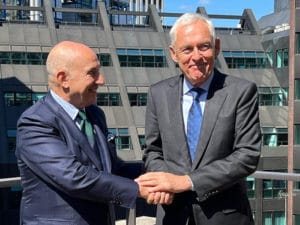