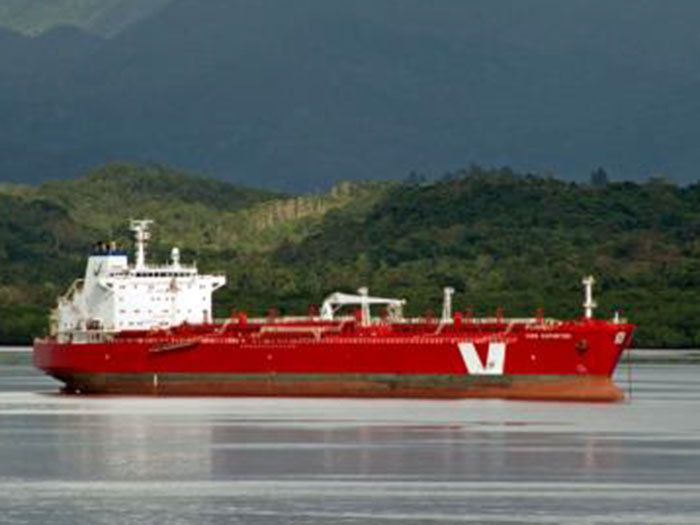 APRIL 23, 2018 — The Coast Guard has been responding to a heavy fuel oil discharge near Norco, LA, today.

According to the Equasis data base, Iver Exporter is a 45,683 dwt, Netherlands flagged, chemical/oil products tanker managed by Vroon subsidiary Iver Ships and delivered by South Korean shipbuilder Samho Heavy Industries in 2000

The source of the discharge is reported to be secured.

A reported 2,600 gallons of oil was discharged into the river.

There are no waterway closures or restrictions due to the incident.

The vessel is currently moored at the Shell Norco Manufacturing Complex.

OMI Environmental Solutions, an oil spill response organization, is on scene and responding to the spill.

At this time, there are no reports of wildlife impacts.

The Coast Guard is conducting an over flight to assess impacted areas.

There are no reports of injuries due to the incident.

“We are working with our federal, state and local partners and the responsible party to oversee the clean up of the discharged fuel to reduce the impacts on the environment,” said Petty Officer 1st Class Jim Langford, the federal on scene coordinator representative at Coast Guard Sector New Orleans.