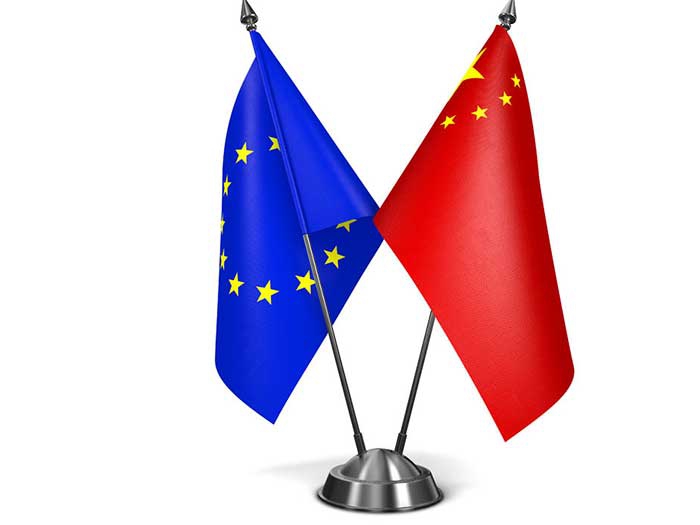 JUNE 7, 2017 — Following the decision by President Donald Trump to withdraw the United States from the Paris Climate Agreement, the European Community Shipowners’ Associations (ECSA) and the International Chamber of Shipping (ICS) are encouraging the intention of the European Union and China to intensify cooperation on achieving a global climate deal for shipping.

Indications of such cooperation materialized during the 19th EU-China Summit held in Brussels last week. At the summit, EU and Chinese leaders reaffirmed their commitment to implementing the Paris Agreement on climate change. EU and Chinese leaders also looked forward to cohosting, along with Canada, a September ministerial meeting to advance implementation of the Paris Agreement and accelerate the transition to clean energy

“The withdrawal of the United States from the Paris Climate Agreement should not jeopardize an ambitious global strategy to reduce the CO2 emissions of shipping”, said ECSA Secretary General Patrick Verhoeven, “We are therefore pleased that the EU and China appear to be working towards reinforced co-operation on delivering a climate agreement for shipping at the International Maritime Organization.”

Discussions on the IMO greenhouse gas (GHG) reduction strategy will start in a few weeks’ time, at the 71st session of the IMO Marine Environment Protection Committee (MEPC). IMO aims to establish an initial strategy in 2018 that will be finalized in 2023, after real-time data on CO2 emissions of global shipping have been collected and analyzed.

Ahead of the MEPC meeting, the global shipping industry, represented by four international shipowner organisations, submitted a proposal to keep total global CO2 emissions below 2008 levels, and then progressively cutting annual total emissions from the sector by 2050, by a percentage to be agreed by IMO.

“We call upon the EU and China, and indeed all IMO Member States, to support the industry proposals,” said ICS Secretary General Peter Hinchliffe. “The priority of governments should be to focus on the development of alternative, fossil-free fuels and IMO should assess whether holding CO2 below 2008 levels can be achieved with technical and operational measures alone.”

ECSA and ICS continue to express concern about unilateral measures that the EU and other regional powers may be contemplating. The European Parliament is notably pushing for the unilateral inclusion of shipping in the European Emission Trading Scheme (ETS) and the Chinese government is also considering a national ETS scheme which could eventually include shipping.

“We remain firmly opposed to a patchwork of regional schemes that would distort international shipping markets while doing little to tackle the reduction of the global industry’s actual emissions,” concluded Patrick Verhoeven and Peter Hinchliffe, “Imposing regional solutions will be counterproductive. It will anger developing nations that have agreed to participate in the IMO process despite their concerns about the implications for their economic development, making the prospect of a global agreement on truly meaningful CO2 reductions far more difficult if not impossible.”