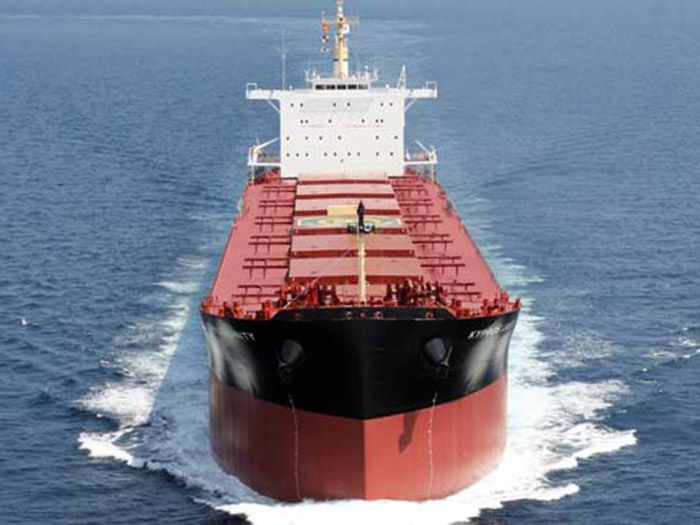 OCTOBER 22, 2018 — With shipowners scrambling to meet IMO’s 0.5% sulfur cap by 2020, could those that have exhaust gas cleaning systems fitted already have a distinct advantage? U.K.-based consultancy Maritime Strategies International (MSI) thinks so. It says that scrubber-fitted dry bulk vessels could be earning a significant premium over those burning more expensive low sulfur fuel and higher asset values will reward those owners that fitted the technology early.

In an article, “Scrubbing Up: the impact of fitting a scrubber on charter rates and asset values,” MSI analyst Will Fray examines the economics of compliant fuel and scrubber adoption in the dry bulk sector.

Based on a five-year time horizon, MSI believes there will be a technology-led two-tier market for dry bulk time-charter rates, similar to that seen in the LNG sector. Early-adopters will have a significant advantage in this scenario — notwithstanding potential technology operational issues — but the positive effect will decrease as more ships install the technology.

“As long as significant fuel price differentials remain between HFO and LSFO — and MSI believes there will be in the long term — vessels with scrubbers installed will attract a charter premium,” says Fray. “As more and more ships fit scrubbers, and over time as the finance is collectively repaid, vessels without scrubbers will face steep discounts and will become increasingly uncompetitive.”

The consultancy calculates that in 2020, the value of the time-charter premium for a Capesize benchmark vessel fitted with a scrubber will be $12,100/day, for a Panamax $6,800/day, Ultramax $6,300/day and Handysize $5,100/day. Considering the daily-equivalent cost of a financing, fitting and operating scrubber is a fraction of this, the financial incentive to fit a scrubber remains strong.

There is likely to be upward pressure on both the price of scrubbers and the time it takes to install them, despite lower costs to produce scrubbers as the industry matures. This could potentially leverage the value of a vessel already fitted with a scrubber on January 1, 2020.

“The strong cost savings potential will have a positive impact on values of assets with scrubbers fitted as long as a time-charter premium exists. Theoretically, the value of a scrubber being installed can be calculated as the net present value of all future cash flows of the scrubber, including revenue, costs and terminal value,” adds Fray.

In MSI’s view, the price differential between Low Sulfur Fuel Oil (compliant blended fuel composed of fuel oil and low sulfur diesel) and Heavy Fuel Oil bunkers will remain for several years beyond 2020, sitting at the top end of the historical premium range between HFO and MGO.

The comparatively lower cost of HFO could also create an incentive for owners and charterers to negotiate the sharing of cost-savings accruing from a vessel fitted with a scrubber, based on the undoubted difference in expectations for fuel costs between the two parties.