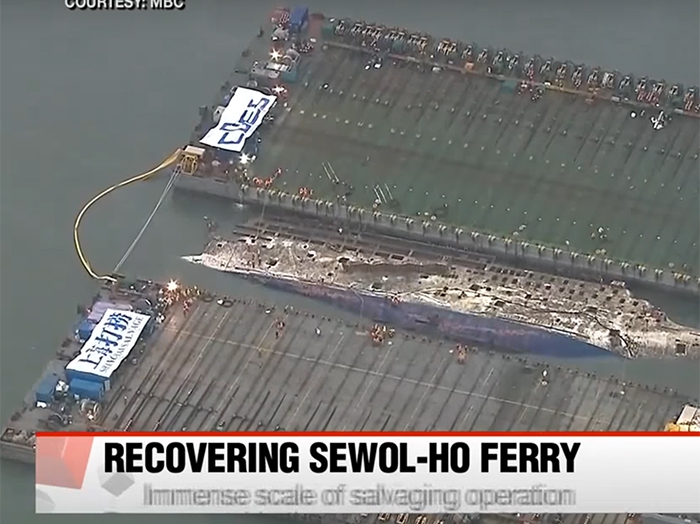 MARCH 23, 2017 — Salvors have succeeded in raising the sunken South Korean ferry Seawol above the water surface.

The tragic loss led to revelations of deep seated corruption, lax safety management and incompetent crisis response. A five month inquiry concluded that the sinking was caused by a combination of cargo overloading, an illegal redesign of the ship and the helmsman’s incompetence.

Bereaved families have been calling for the ship to be raised and want more thorough investigation into the disaster. Officials also hope to recover the remains of the nine missing passengers,

The 85.1 billion won (US$72 million) project to recover the ship is being conducted by a Chinese consortium led by China’s state-run Shanghai Salvage.

More details in the Arirang video: