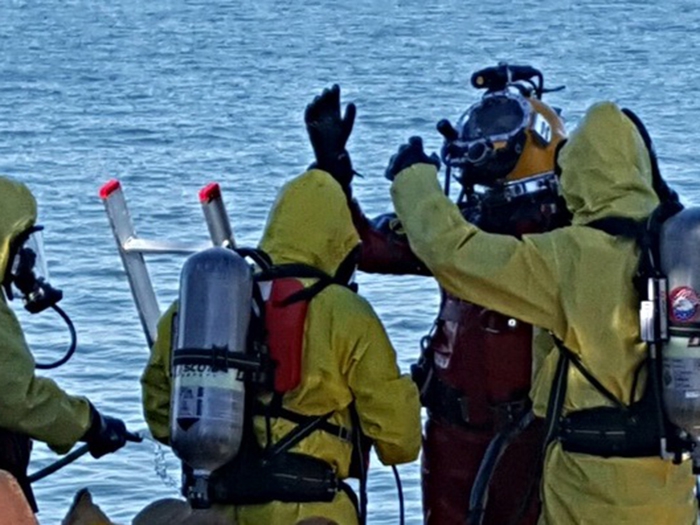 MARCH 30, 2017 — Galveston, Texas, based T&T Marine Salvage has received a new certification by the U.S. Coast Guard covering the detection and recovery of non-floating oils.

T&T says the new certification is in recognition of its years of experience conducting non-floating oil detection and recovery operations and its expansive inventory of hydrographic, diving, ROV, and submersible pumping equipment positioned around the U.S. and its territories. Additionally, T&T maintains purpose-built hydrographic survey vessels, used during the Deepwater Horizon incident and other projects involving non-floating oils.

In late 2015, the U.S. Coast Guard contracted T&T to conduct an underwater assessment and recover a highly toxic benzene cargo from the tank barge Argo that sank in Lake Erie in1937.

This project required divers to work in zero-visibility and, after conducting a comprehensive non-destructive testing survey, install hydraulic submersible pumps on the hull at eight locations to safely pump the cargo to a barge that had been specially constructed by T&T with an inert gas system and vapor recovery control systems to minimize any environmental impacts.

In September 2015, following a barge collision on the Mississippi River, T&T was contracted to recover a heavy slurry oil on the bottom of the river. During this operation, T&T again coordinated all recovery assets, including an environmental clamshell and receiving barges.

In an assessment of the operation, the Coast Guard Incident Commander stated: “although OSROs are well versed and skilled in on-water oil spill containment and recovery, the designated salvor was better positioned with greater breadth of expertise for allocating resources and implementing/managing tactics for sunken oil recovery.”

“With our years of proven experience managing the removal of oil from sunken ships and recovering non-floating oils, T&T is uniquely qualified to manage these challenging projects,” said T&T’s Vice President, Jim Elliott.

Based on this experience and expertise, T&T was also selected to help write the 2016 American Petroleum Institute report on detecting and recovering sunken oils that serves as the foundational document for the Coast Guard’s new OSRO classification system.

T&T is a member of the Teichman Group.