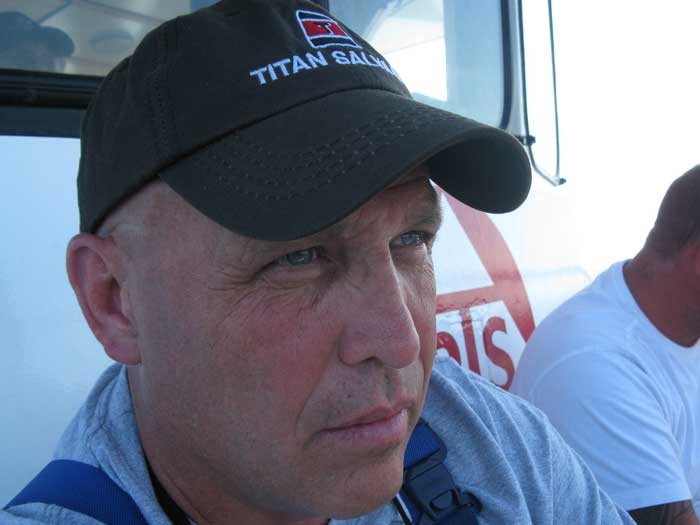 JULY 25, 2014 — Capt. Stuart Miller has rejoined Crowley Maritime Corporation’s Titan Salvage operations team as salvage master, bringing with him over 30 years of worldwide, hands-on maritime and salvage experience. Capt. Miller will be based in the United States, but will deploy worldwide for salvage, wreck removal and other emergency response operations.

“Titan Salvage is pleased to welcome Capt. Stuart Miller back home to our operations team,” said Chris Peterson, vice president. “Capt. Miller is an unlimited master with decades of marine experience, including previous work for Titan as a salvage master, and exhibits the skills and can-do attitude that make him Titan through and through.”

Capt. Miller originally joined Titan in 2009 where he first earned his rank of salvage master and completed such epic jobs as the New Flame, MV Gabriel and others. During that time, he was also featured often in the National Geographic Channel’s TV series “Salvage Code Red,” where he became recognized for his catch phrase describing modern-day salvors as, “ordinary people doing ordinary things in extraordinary situations.”

Throughout his career, Capt. Miller has gained both licensed and unlicensed experience in the deck and engine departments on all types of vessels, including Roll-On/Roll-Off, break bulkers, tankers, tugboats, navy suppliers, freighters, container ships, offshore supply vessels and passenger vessels. He holds a master’s unlimited license from the United States Coast Guard and the Republic of the Marshall Islands.

“As a master mariner, Capt. Miller brings extensive commercial shipping experience to his salvage master experience, something not held by many salvage masters in the industry,” said Mr. Peterson. “The whole Titan team enthusiastically welcomes him back.”