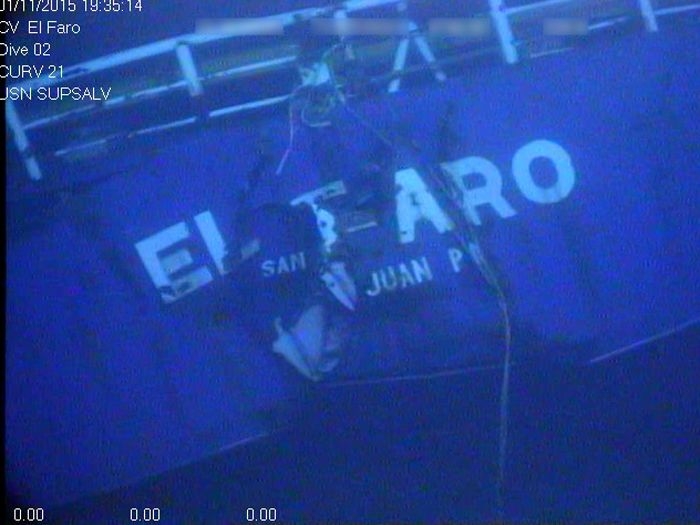 JUNE 7, 2016 — The National Transportation Safety Board says it will launch a mission early July to recover the voyage data recorder (VDR) from the TOTE cargo ship El Faro.

The 790-foot, U.S.-flagged, cargo ship sank October 1, 2015, during Hurricane Joaquin while sailing from Jacksonville, FL, to San Juan, Puerto Rico. All 33 aboard perished in the accident.

Earlier, the El Faro wreckage was positively identified on Nov. 1, 2015, but video revealed the ship’s navigation bridge structure and the deck below it had separated from the hull. The missing bridge structure included the mast and its base to which the voyage data recorder was mounted.

The navigation bridge was found Nov. 11, but searchers were unable to locate the mast or the VDR until a subsequent mission succeeded in locating the VDR and completing video- and photo-documentation of the accident site.

Shortly after the VDR was located, the NTSB announced that another mission to recover the VDR would be launched.

After investigators collaborated in May with scientists and deep water recovery experts, to determine how the VDR could be recovered given its proximity to nearby obstacles, the NTSB contracted with the U.S. Navy Supervisor of Salvage to assist in the recovery effort.

The naval resources participating in the recovery effort include the USNS Apache and CURV-21, a remotely operated underwater vehicle. CURV-21 is the same equipment used to locate the El Faro wreckage in November.

Investigators from the NTSB and the U.S. Coast Guard, and engineers from the U.S. Navy and Phoenix International, the operator of CURV-21, will be aboard USNS Apache when it departs in early July for the accident site near the Bahamas.

The trip to the accident site is expected to take three to four days, followed by five days on scene to recover the VDR. After the VDR is recovered and USNS Apache returns to shore, the VDR will be brought to the NTSB laboratory in Washington, DC, where investigators will examine the VDR and download and analyze any information it may contain.