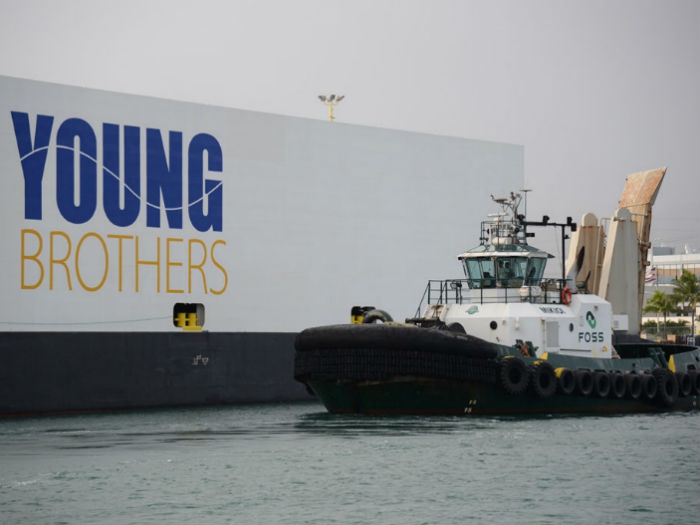 AUGUST 18, 2017—A report recently released by U.S. Department of Energy’s (DOE’s) Fuel Cell Technologies Office in the Office of Energy Efficiency and Renewable Energy indicates that it is possible to increase energy efficiency by up to 30% at part load and reduce emissions to zero through the use of hydrogen fuel cells in maritime applications.

During the project, a first-of-its kind hydrogen fuel cell power generator for marine applications was demonstrated to verify increased energy efficiency at part loads and reduced emissions. The project goals were to demonstrate the use of the generator in the maritime environment, identify areas requiring additional research and development, analyze the business case, and address regulatory and other market barriers.

A 100 kW generator with 72 kg of hydrogen storage was designed and built by Hydrogenics, headquartered in Mississauga, Canada, with safety and regulatory reviews by the Hydrogen Safety Panel, U.S. Coast Guard, and class society American Bureau of Shipping (ABS).

The unit supplied by Hydrogenics consisted of a 20-foot ISO standard “hicube” shipping container with a proton exchange membrane fuel cell rack, power inverter, ultra-capacitors for short term transient loading, cooling system, hydrogen storage, and system controller and data acquisition equipment. The system contains 72 kg of hydrogen at 350 bar and has a rated power of 100 kW, 240 VAC 3-phase, which can be divided among 10 plugs to power up to 10 reefers at a time.

By comparison, the reports says, the net efficiency of a comparable diesel generator efficiency is from 25% to 34% in this same load range. Using no diesel fuel and producing zero emissions at the point of use, during the demonstration period the fuel cell generator displaced 865 gallons of diesel fuel, over 16 MT of CO2 emissions, and avoided nearly 150 combined kilograms of criteria pollutants (NOx, CO, HC, PM, and SOx) as compared to an existing Young Brothers 350 kW Tier 3 diesel generator.

The report, authored by Sandia National Laboratories, says the project also identified paths forward to wider adoption of the technology in the maritime sector.