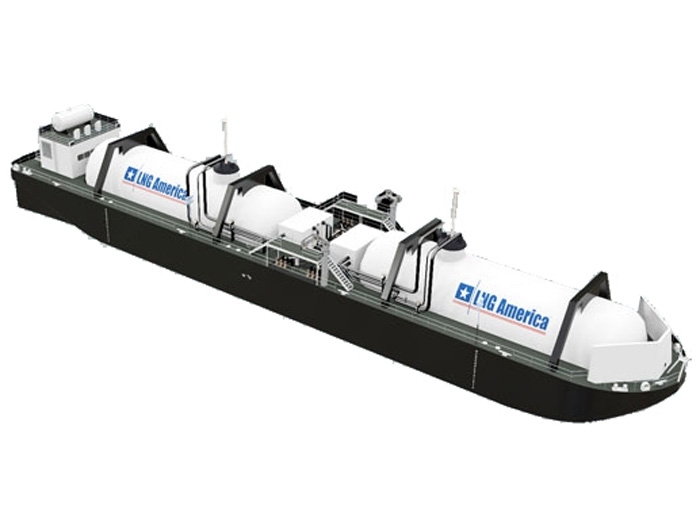 JUNE 2, 2014 — LNG America has reached an agreement with LNG midstream specialist Liquiline announce an agreement to jointly develop commercial offerings for LNG marine fuel markets in the North American Pacific Northwest and the transport of LNG in ISO containers to remote markets in Hawaii and Alaska.

LNG America is developing LNG distribution networks that include America’s first Jones Act LNG bunker/shuttle vessels. Liquiline has pioneered the use of LNG ISO containers for LNG fuel markets in Northern Europe;  Together, the joint effort will focus on the movement of LNG over long distance by ISO containers being moved by ship and the servicing of local markets by way of LNG bunker/shuttle vessels.

Under the agreement, Liquiline and LNG America will jointly develop specific proposals for prospective LNG customers in Hawaii and Alaska as well as marine fuel markets in the ports of Seattle and Tacoma.

“Liquiline has developed significant expertise with LNG ISO containers and in providing LNG logistical support to companies in the North Sea area and now in Canada. A relationship with LNG America provides a depth of knowledge in U.S. energy markets and in the servicing of marine and local markets through LNG bunker/shuttle vessels,” said Calum McClure, President of Liquiline North America.

“By teaming up with Liquiline, LNG America gains immediate experience in the deployment of LNG by ISO container in remote applications. Both companies have been investigating markets in Alaska and Hawaii and can now join forces with a unique combination of skills to deliver highly competitive and reliable LNG supplies,” said Keith Meyer, President and CEO of LNG America.