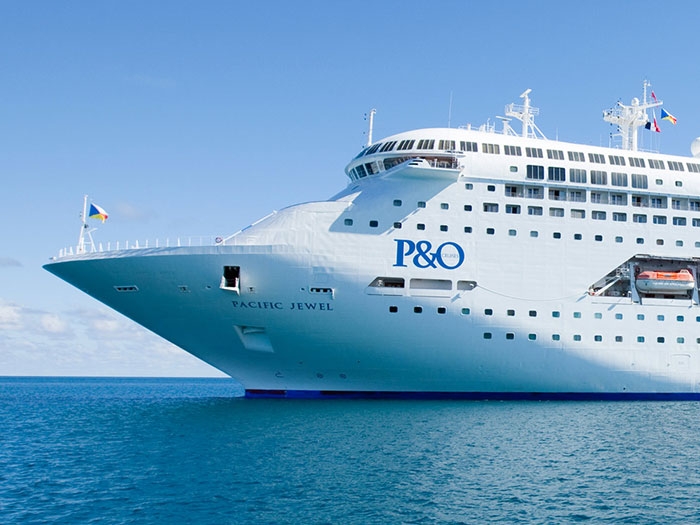 Carnival said it disagreed with the penalty notice and was appealing the finding.

The agency said that “a fuel sample taken by the ship’s crew and provided to EPA officers while the ship was berthed at the White Bay Cruise Terminal on February 26, 2016 had a sulfur level of 0.293%, nearly three times the 0.1% sulfur limit.”

The fine is the first to be issued new regulations which came into force October 1,  2015 and require cruise ships berthed in Sydney Harbour to use low sulfur fuel within one hour of berthing until one hour before departure.

EPA Acting Director Metropolitan Greg Sheehy said that the EPA had also issued an official caution to the ship’s master.

“The ship’s crew had started changing over from using high sulfur fuel shortly after the ship had berthed at White Bay, but the sample showed that the fuel being used in the ship’s engine during the EPA’s inspection did not meet the low sulfur fuel requirements,” Mr. Sheehy said.

Mr. Sheehy said that Carnival PLC had advised the EPA that its P&O Cruises Australia ships will start their changeover from high sulfur fuel earlier to address the problem.

“The EPA has taken a further three samples from the Pacific Jewel since the 26 February and all have complied,” he said.

“Figures before the regulation came into force showed that cruise ships produce around 40% of total fine particle emissions from shipping in Sydney Harbour. Therefore it’s vital that cruise ship operators adhere to the new regulation to protect Sydney’s air quality and the health of the community,” Mr. Sheehy said.”The EPA is running an extensive compliance campaign to ensure cruise ships are complying and the inspections will continue.”

The EPA has issued three official cautions to cruise ship operators, including one to Carnival PLC for a non-compliance by one of its other P&O Cruises ships.”We are also investigating the results of samples from some other ships which may require regulatory action,” Mr. Sheehy said.

Penalty Notices are one of a number of tools the EPA can use to achieve environmental compliance, including formal warnings, official cautions, licence conditions, notices and directions, mandatory audits, enforceable undertakings, legally binding pollution reduction programs and prosecutions.

In appealing against the Pacific Jewel finding, Carnival Australia has called on the EPA to review the penalty notice on the basis that it failed to take into account available technical information that would have confirmed the ship had completed the changeover to low sulfur fuel within the prescribed time period.

Carnival Australia said the company adhered to regulatory requirements wherever it operated and maintained that Pacific Jewel was using low sulfur fuel as required while berthed at White Bay Cruise Terminal, adding that Pacific Jewel’s transfer to low sulfur fuel was conducted in compliance with the new regulatory regime for Sydney Harbour and the fuel transfer was fully documented on board the ship.

Carnival Australia says the single fuel sample submitted to the EPA for testing did not properly reflect Pacific Jewel’s successful transition to low sulfur fuel on the day in question and this has resulted in a wrong outcome.

The EPA had also not taken into account a number of other significant technical indicators that would have confirmed the ship was using low sulfur fuel, said Carnival Australia, adding that there needed to be confidence in the process and that it was particularly concerned about the time taken for the EPA to analyze fuel samples, which in Pacific Jewel’s case had amounted to some 20 days.

In the light of this delay and in line with its commitment to regulatory compliance, Carnival Australia is now having ship fuel samples tested independently to ensure timely confirmation of the company’s adherence to the low sulfur fuel requirement.