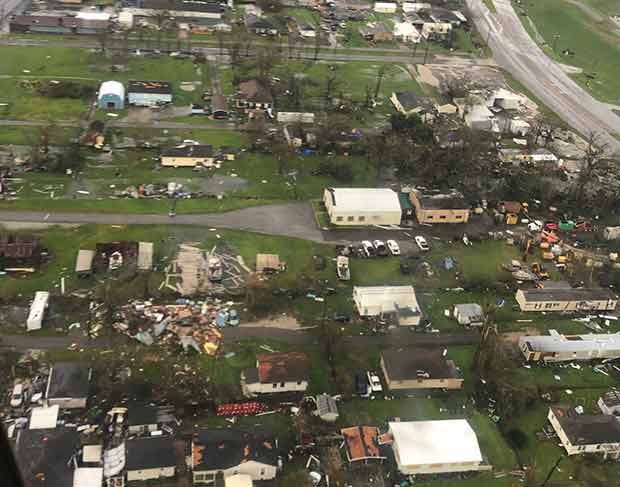 While the good news coming out of New Orleans this morning was that electricity has been restored to limited areas of the city, overflight photos and media reports from the areas hit by Hurricane Ida make it plain that recovery will take quite some time yet. Its impacts will also be felt beyond Louisiana and Mississippi.

The inland waterways industry is steeling itself for continuing disruption. Reports of barge breakaways began Sunday with a report from St. Bernard Parish of a 22 barge breakaway being followed by a report Jefferson Parish that a barge had hit into a bridge, making it structurally unsafe.

This morning, American Commercial Barge Lines said, “This storm has caused major damage to areas in and around Greater New Orleans. With the worst having passed, our priority now is the safety of our team members and securing our customers’ cargoes. ACBL is working with the Coast Guard and local authorities and has activated its Incident Command Team and deployed its Hurricane Task Force to assess damage. We are also working with our communications partners to provide emergency communication services while restoring phone and internet services. The majority of our Gulf waterways remain closed.”

Yesterday, USCG Sector Crew New Orleans issued a Captain of the Port Order (COTP) that implements a temporary safety zone on the Lower Mississippi River between MM 105 and MM 108 Above Head of Passes. It will be in effect August 31 until September 31 or until salvage operations and has been imposed because of the safety hazards associated with electrical transmission lines posing a risk of electric shock in the waterway.

All vessels are prohibited from entering the safety zone unless they have been granted permission by the COTP of New Orleans or a designated representative.