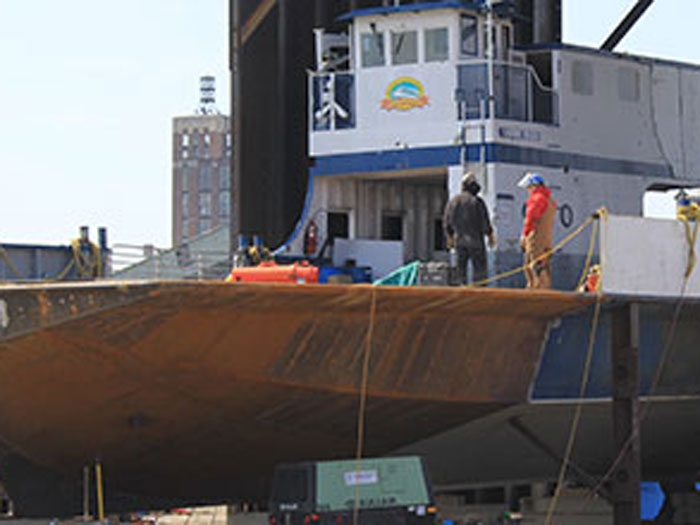 MIW is working with Netsco, a marine engineering, naval architecture and design firm based in Cleveland, Ohio, on the design and engineering of the barges which will measure 180 ft x 54 ft 12 ft with 2,500 lb/sq.ft deck strength and 2,400 short ton cargo capacity.

They will be built in accordance with International Maritime Organization (IMO), American Bureau of Shipping (ABS), and United States Coast Guard (USCG) regulations and classifications. The barges will follow ABS rules for building and classing steel barges for offshore service. They will be classed as ABS ✠ A1 Ocean Service Deck Barges and will have an International Load Line Certificate.