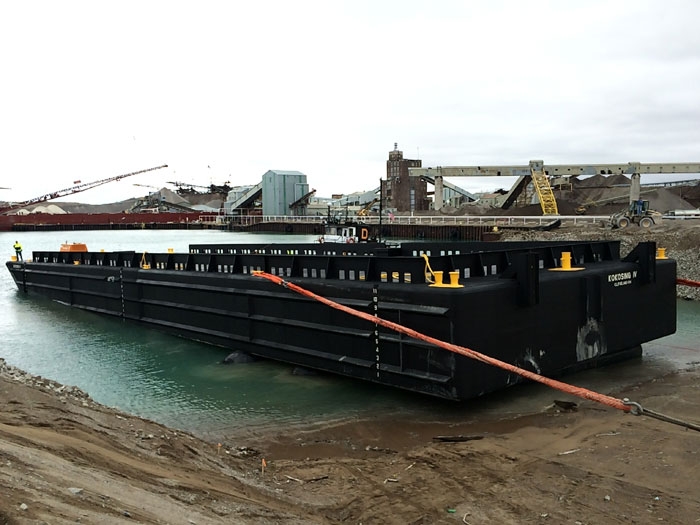 The two deck barges are 180′ X 54′ X 12′ and built in accordance with the American Bureau of Shipping (ABS) and United States Coast Guard (USCG) regulations and classifications.

On Saturday, April 25, the barges were taken by Durocher Marine’s tug General to Cheboygan, MI, to ready them for their first project which is taking place in Oswego, NY.

“This is a monumental week for Moran Iron Works,” says Tom Moran, CEO and Founder of Moran Iron Works. “Our team did an incredible job from start to finish. I couldn’t be prouder.”