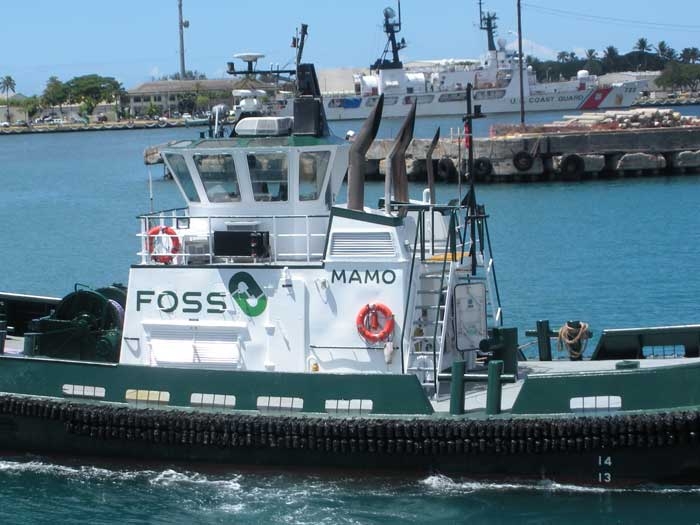 Young Brothers and HTB joined the Foss Maritime group of companies in 1999.

Hawaiian Tug & Barge officially came under the Foss name earlier this week in a ceremony in Honolulu. The traditional green and white of Foss has already replaced the HTB colors on many of the company vessels.

“Adopting the Foss name and colors gives us tremendous exposure across the world,” said Mr. Hong. “It strengthens us and our ability to provide services by being part of a global brand with a well-established maritime tradition.”

“Hawaiian Tug & Barge/Young Bros. has served the islands and the mid-Pacific ably for more than a century,” Mr. Stevens said. “We are looking forward to further growth in mid-Pacific well into the future.”