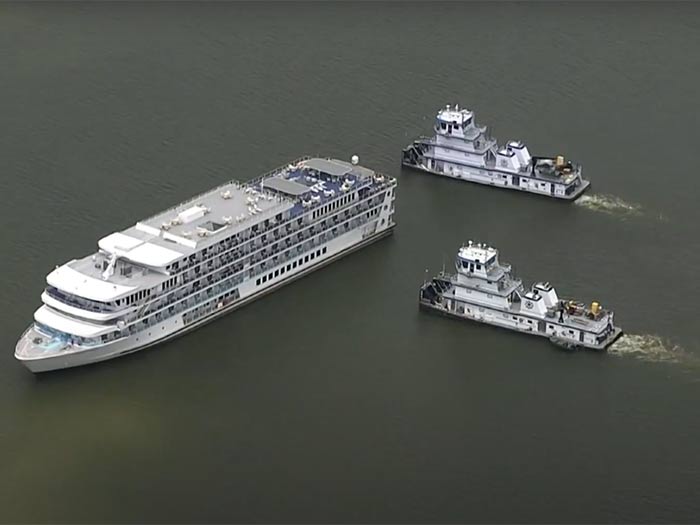 Broadcaster WHAS 11 posted video of the grounded vessel on YouTube

A riverboat cruise turned into somewhat of an adventure cruise yesterday when passengers found the vessel had gotten stuck on a sandbar near Barkley Bridge on Lake Barkley, Ky., during a seven-day voyage from Memphis to Nashville.

The Coast Guard was alerted to the incident yesterday when Sector Ohio Valley watchstanders received a call from American Cruise Lines reporting that its vessel American Jazz had run aground. A Coast Guard Station Paducah 29-foot Special Purpose Craft-Shallow Water boat crew along with a Coast Guard Marine Safety Unit Paducah marine investigator were launched to the scene.

American Jazz is one of the company’s Modern Riverboat series vessels and according to reports was carrying 120 passengers and 54 crewmembers.

No damage, pollution, or injuries were reported. The Coast Guard is coordinating with American Cruise Lines to establish a salvage plan to dislodge the cruise vessel.

This morning, TV station WPSD reported American Cruise Lines as saying that work is progressing to get the vessel off the sandbar, but it is taking longer than expected.

The Coast Guard has stepped in, and is assisting guests off the riverboat, says WPSD. They will be brought to Nashville.

American Cruise Lines is reporting no damage to the vessel. 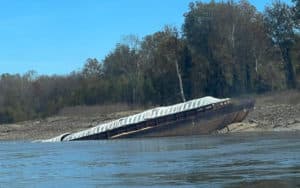 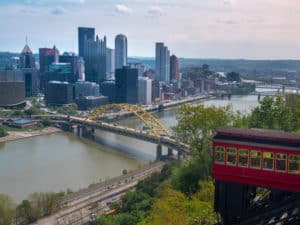 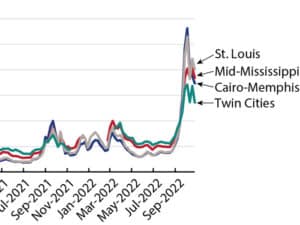 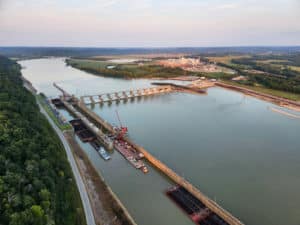