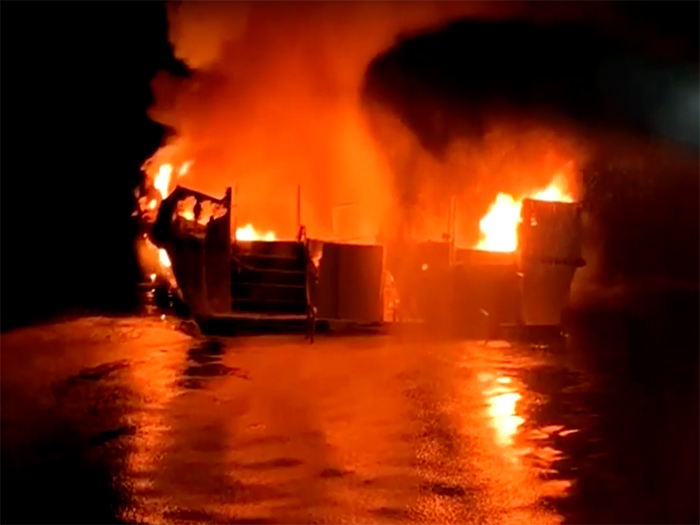 The suits assert that the massive fire, likely caused by an unsafe lithium-ion-battery charging station, was foreseeable and preventable, in part due to the failing to have a mandatory overnight safety watch.

According to attorneys Robert J. Mongeluzzi and Jeffrey P. Goodman, of Philadelphia’s SMBB, and Robert Glassman, of Los Angeles-based PSB, the filings (U.S. District Court for the Central District of California: No: 2:19-cv-07693 PA (MRWx), which include claims for punitive damages, were filed on behalf of:

Dr. Sanjeeri Deopujari, 31, a family dentist in Norwalk, Connecticut and her husband, Kaustbh Nirmal, 33, a financial analyst in New York.

Yulia Krashennaya, 40, of Berkeley, California, shared with her partner, Daniel Garcia, also killed in the fire, an insatiable love of SCUBA and underwater photography. She worked as a product manager in Silicon Valley.

Alexandra “Allie” Kurtz, 26, an Illinois native who moved to California. She was an exuberant member of the crew, proficient diver and poet, who was planning on studying marine biology in graduate school. Prior to coming on board, she worked as a production assistant in the film industry.

The claimants were among the 34 individuals asleep below deck, directly beneath the heavily-used battery charging station in the galley. Due to the vessel’s inadequate life-safety system design, including woeful means of ingress and egress, the victims were trapped and unable to escape when the fire erupted about 3:15 a.m.

The filings allege that the 75-foot, 41-year-old vessel was in blatant violation of numerous Coast Guard regulations, including failing to maintain an overnight “roving” safety watch and failure to provide a safe means for storing and charging lithium-ion batteries.

According to the law firms, as well as being a claim by the victims, the filing is an answer to a complaint filed by Conception’s owners, Truth Aquatics, Inc., Glen Richard Fritzler and Dana Jeanne Fritzler, individually and as trustees of the Fritzler Family Trust.

On September 5 – less than three full days after the fire – lawyers for the vessel’s owner filed for protection under the Limitation of Liability Act of 1851. That filing occurred before the last bodies were recovered by divers.

SMBB notes that it most recently represented numerous victims of the 2018 Branson, Missouri duck boat disaster that resulted in 17 deaths. In that case the firm successfully argued that the 1851 Limitation of Liability Act did not apply to the boat’s owner.