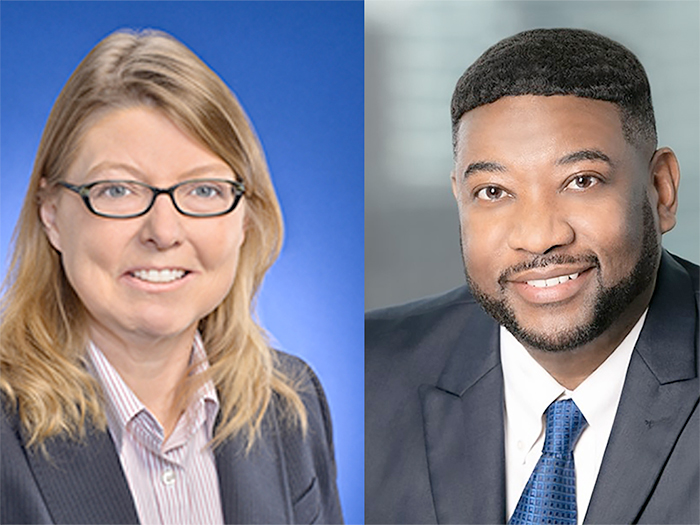 Ports of Indiana, the statewide port authority that operates ports at Burns Harbor, Jeffersonville and Mount Vernon, has promoted Andrea Hermer from general counsel to chief operating officer, and appointed James Hall as general counsel. Hall will take over responsibilities for corporate governance, compliance, and legal counsel allowing Hermer to take on her new role and responsibilities as the chief operating officer.

Hermer has served successfully as general counsel for the ports since August 2013. As chief operating officer, Hermer will be responsible for overseeing planning and operations, supporting growth of existing port business and delivering development and construction projects at each of the ports.

“I am committed to the success of the ports and excited about this new opportunity to work with the port teams to advance operations and project delivery to a new level of success,” she said.

As general counsel, Hall will utilize his U.S. and international trade compliance experience to lead the growth of the Foreign-Trade Zones as well as maintain regulatory requirements, support the organization’s mission and proactively mitigate liability.

“We are very pleased to congratulate Andrea on her well-deserved promotion and welcome James to the Ports team,” Ports of Indiana CEO Vanta E. Coda II said. “As we continue to think strategically to fuel growth, I believe the shared experiences and caliber of talent between Andrea and James will be an important part of our success in the future.”

“I am excited to join the Ports of Indiana team and look forward to helping further develop corporate governance under Vanta’s leadership,” Hall said.

Hermer has over 30 years of experience, the majority in the private sector before transitioning to the public sector. She achieved success as a partner at two law firms. Her private experience and background in commercial real estate development was well suited for her work in the public sector at the Indiana Department of Transportation and the Ports. She holds a bachelor’s degree and doctor of jurisprudence from Indiana University – Bloomington.

Hall spent five years in the U.S. Navy and served on the USS Samuel Gompers AD-37 during the Gulf War. He received a bachelor’s degree from Georgia State University and his doctorate of jurisprudence from Drake University Law School.