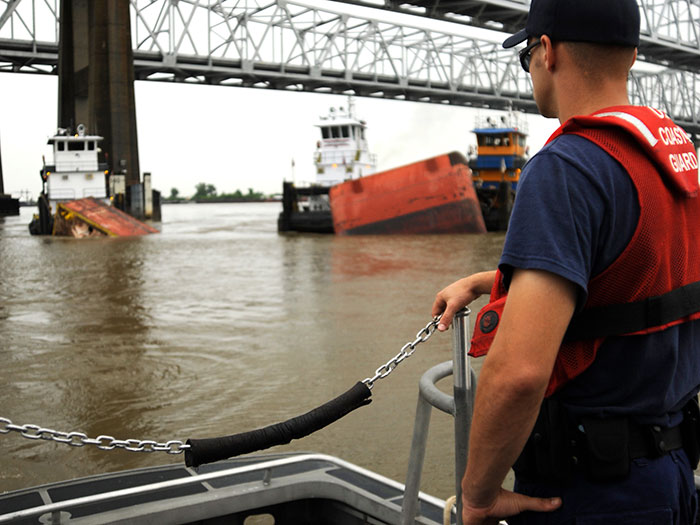 A 2008 oil spill from an American Commercial Barge Line vessel is continuing to prove expensive for the Jeffersonville, Indiana-based company. The U.S. Department of Justice reports that, to resolve federal and state claims for injuries to natural resources resulting from the spill, ACBL has agreed to acquire and preserve 649 acres of woodland wildlife habitat near New Orleans, at an estimated price of $3.25 million. It will also pay over $2 million in damages, in addition to $1.32 million previously paid for damage assessment and restoration planning costs.

The United States and Louisiana concurrently filed a civil complaint with a proposed consent decree on October 4. The complaint seeks damages and costs under the OPA and the Louisiana Oil Spill Prevention and Response Act (OSPRA) for injuries to natural resources resulting from the July 2008 discharge of approximately 6,734 barrels (282,828 gallons) of No. 6 fuel oil into the Mississippi River upriver of New Orleans.

The complaint alleges that the spill resulted from a collision that occurred when the ACBL vessel Mel Oliver, which was pushing a barge upriver, veered directly in front of the MV Tintomara, an ocean-going tanker sailing downriver.

The oil spill spread more than 100 miles downriver and covered over 5,000 acres of shoreline habitat. It caused significant impact and injuries to aquatic habitats within the Mississippi River and along its shoreline, as well as to birds and other wildlife. The spill also forced the closure of the river from Mile 98 (just upriver from New Orleans) to the Southwest Pass Sea Buoy, from July 23, 2008 until July 29, 2008. ACBL, the Coast Guard, and the State were involved in extensive response and cleanup efforts, and ACBL has cooperated with the federal and State trustees in the assessment of injuries to natural resources.

The woodland habitat to be acquired under the proposed consent decree is currently managed by the Woodlands Conservancy, a local nonprofit. for recreational and educational use. Under the decree the Woodlands Conservancy, will hold title to the property and a conservation servitude will forever limit its use to passive recreation, thereby protecting and preserving the ecological benefits of the property.

ACBL will also pay $2.07 million to compensate for natural resource damages from the spill. The federal and state trustees will jointly use the cash payment to perform projects to restore or ameliorate the impacts to aquatic life, birds, river batture, wetlands, marshes, and recreational uses along the Mississippi River. T American Commercial has paid $1.32 million to reimburse the federal and State trustees for their past damage assessment and restoration planning costs, as required under OPA and OSPRA.