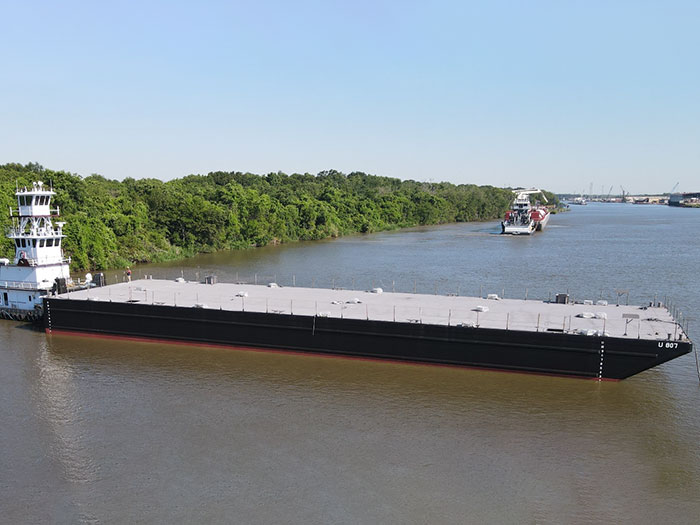 The identical spud barges each measure 180 by 54 by 12.5 feet and have a deck strength of 2,500 pounds per square foot and four spud wells. The remaining barges are on schedule for delivery in the third and fourth quarters of 2021. The Deepwater South yard, where the barges are being built, is one of five Conrad Shipyards located along the Louisiana/Texas Gulf Coast.

“Our company is committed to providing our clients with engineered barge design standards to address the changing requirements in our markets,” said Patrick Stant, president of McDonough Marine Service. “Our newbuild campaigns will continue to improve the quality of assets for our chartering program.”

“We have had a long-standing relationship with McDonough Marine, and we’ve enjoyed working with them over the years,” said Dan Conrad, senior vice president and director of Conrad Shipyard.