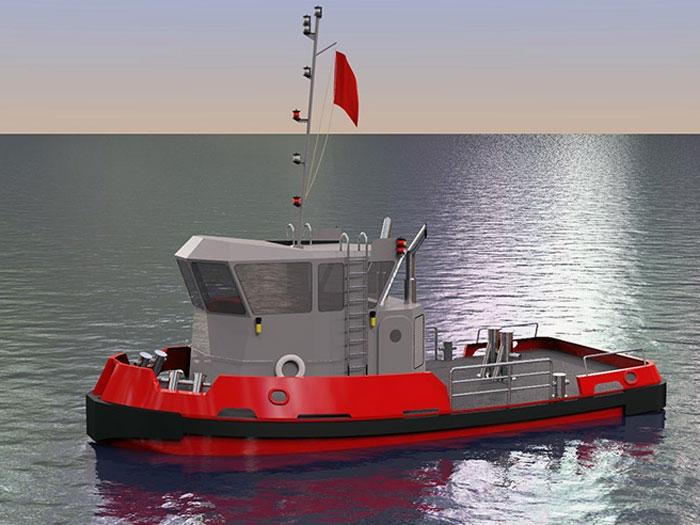 OCTOBER 28, 2014 — The New York Power Authority (NYPA) Board of Trustees has awarded a more than $4.9 million contract to Great Lakes Shipyard of Cleveland, OH, for two new tugboats to support the operation of the Niagara Hydroelectric Power Plant. The vessels are scheduled for delivery in 2017 and award of the shipbuilding contract follows an award last year of a contract to Bristol Harbor Group of Rhode Island to engineer and design them.

The new boats will replace two existing vessels — the Daniel Joncaire and the Breaker — as part of a fleet of four vessels that play an integral role in the winter operation of NYPA‚’s Niagara plant and the Sir Adam Beck Pump Generating Station, owned by Ontario Power Generation (OPG)which will take an equal share in the costs of the tugboat replacement project.

Every winter, the Power Authority works with Ontario Power Generation to prevent ice on the upper Niagara River from impeding power production and causing flooding of shoreline property. The boats are used to install and remove an 8,800-foot-long floating ice boom, consisting of steel pontoons linked together and anchored to the river bottom at Lake Erie’s outlet to the Niagara River.

The boom accelerates the formation of the natural ice arch that forms most winters near the head of the upper Niagara River and also stabilizes the arch once it has formed. The boom prevents the buildup of ice, yet allows water to continue flowing downstream.

The tugboats are also used for in-service maintenance, inspection and repairs of the ice boom and to patrol the river and break up ice, as needed.

“The tugboats play an essential role in keeping the Niagara River water intake structures of the hydroelectric plants clear of ice blockages during the winter,” said Harry Francois, NYPA Western New York regional manager. “This helps to ensure continued flow of water for clean, low-cost hydropower generation for Western New York businesses and other customers. So we look forward to christening the new boats, which are highly visible symbols of the power generating process.”

The decision to replace the Daniel Joncaire and the Breaker‚ which are more than 30-years-old and more than 50-years-old, respectively‚ followed a NYPA 2012 study to evaluate the condition of the boats.

The vessels will be specially reinforced for operations in seasonal ice. The vessels employ heavy stems for light ice breaking and shell reinforcement along the ice belt.  The conventional drive tugs will have elevated pilothouses for improved visibility when maneuvering as well as a spacious work deck aft to facilitate ice boom connections. The vessels are designed to comply with proposed Subchapter M of Title 46 of the Code of Federal Regulations for inspected towing vessels.

Like the barge, Bristol Harbor Group, Inc., Bristol, RI, (BHGI) was contracted by NYPA to develop the contract design documents for the vessels and provide consultation during both the bid and construction phases.