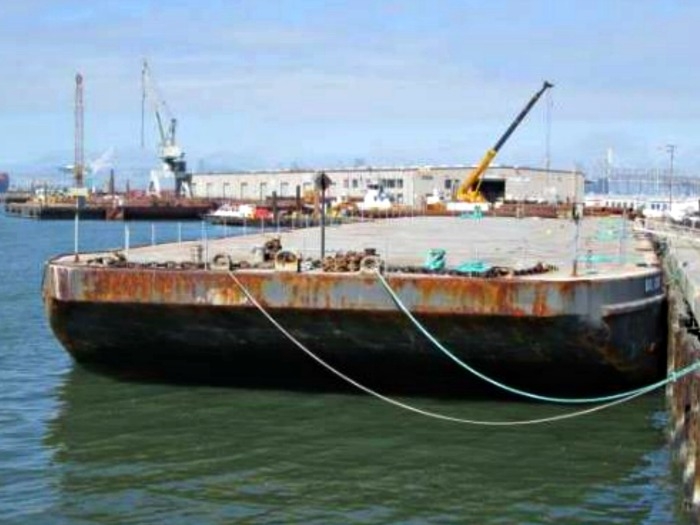 JANUARY 23, 2015—Did you ever wonder whatever happened to those four Google barges that were supposed to serve as floating showrooms perhaps for Google Glass in strategic locations on the U.S. East and Gulf Coast?

One of them was recently sold by Marcon International, Inc., Coupeville, WA, to private buyers on the U.S. West Coast.

The Google barge sales was one of three ocean barge sales transactions brokered by Marcon International to start off the New Year. Marcon says it hopes to report on several additional sales before the end of this month. Five 4,500 – 6,000 hp tugs, one 5,150 bhp AHTS and two 3,200 – 5,500 dwt ocean barges continue to be fixed on previously arranged long-term charters.

Marcon reports that the former “Google” barge JMC 262 (ex-BAL0001, CIB 721) from Cashman Equipment Corp. was sold. The 260 ft x 72 ft x 16 ft ocean deck barge was built in 2010 by C & C Marine & Repair of Belle Chasse, LA, and is best known as one of the four proposed four-story “mystery” barges owned by By and Large LLC, a company affiliated with Google. The barges were reportedly being outfitted as floating “studios” and “temporary technology exhibit spaces” providing an interactive experience where people could learn about the tech company’s newest technology and products. After various questions arose regarding building permits and U.S. Coast Guard safety concerns, the project was put on hold and conversion halted.

The double-raked, ABS +A1 Ocean Deck barge can carry about 5,107 long tons on a 12.58 ft draft and has a 9/16 in. plate deck with a uniform deck load of 5,000 psf. The ½ in. plate hull is divided by six transverse watertight, two longitudinal watertight and one centerline mid-body non-watertight bulkheads forming 15 epoxy coated watertight compartments.