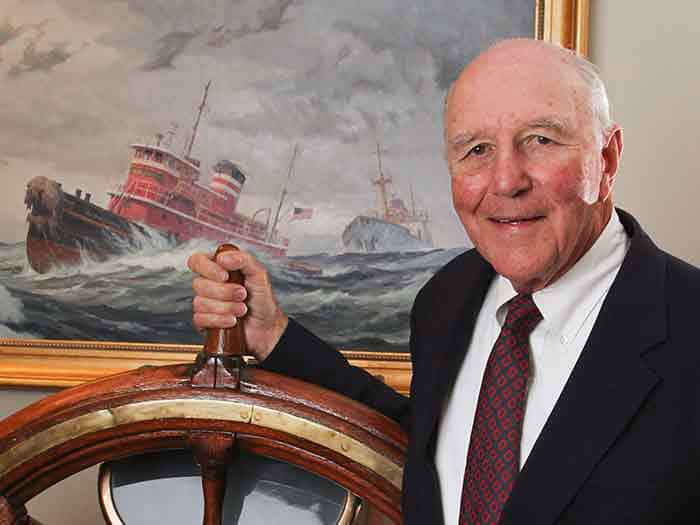 McAllister Towing reports that Captain Brian A. McAllister passed away peacefully at home on June 29, 2022 at the age of 89.

A reception and laying of a wreath will follow at the Water Club, 500 East Thirtieth Street and the East River, from 11:30 AM to 3:00 PM. The burial will be private.

In lieu of flowers, says the company, please consider a donation to the Seamen’s Church Institute, www.seamenschurch.org.

Capt. McAllister joined his family’s company in 1959, after two years service in the U.S. Navy following his graduation from from SUNY Maritime College, Fort Schuyler, N.Y., with a bachelor’s degree in Marine Engineering.

Afterward, Capt. McAllister sailed aboard McAllister vessels, ultimately obtaining a master’s license with unlimited pilotage for many of the ports serviced by the company.

In 1974, he and other members of the fourth generation purchased the company from the third generation of McAllisters. He became president of the company in 1984 and its sole owner in 1998. He became chairman in 2013.