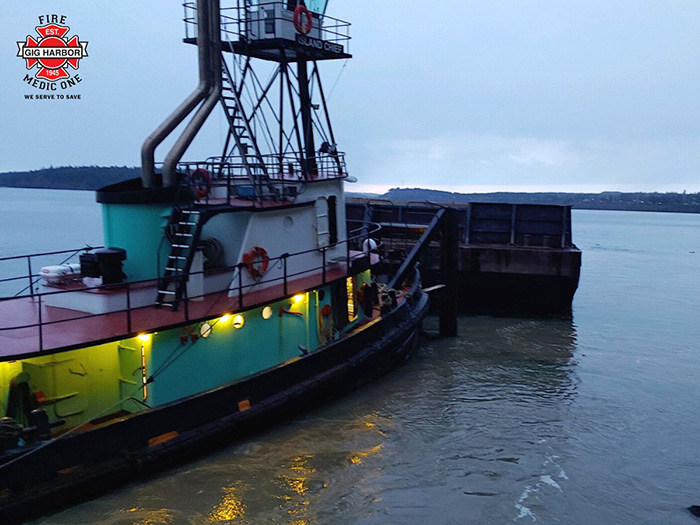 The barge was pulled free by the tug under its own power. [Image; Gig Harbor Fire & Medic One]

According to the Coast Guard, initial findings indicate that the master of the towing vessel fell asleep while navigating the vessel.

The barge held no cargo at the time of the incident. It was pulled free by the tug under its own power. Neither were seriously damaged, and returned to Seattle for further investigation and inspection.

Local TV station KIRO7 identified the barge as being named the Island Chase.

It quotes the general manager of owner Island Tug and Barge as saying the tug’s four-person crew was able to scramble into action to pull the barge off the beach and prevent more damage and that the company was working with the homeowner to get the damage repaired as quickly as possible.