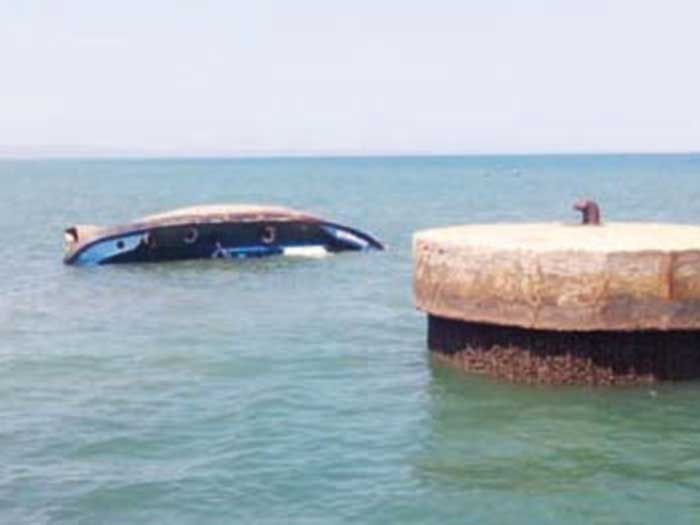 JULY 20, 2017 — A report by the U.K. Marine Accident Branch is a reminder that a particular hazard faced by tugs is girting. Girting occurs when high athwarthships towing forces cause a tug to be pulled sideways through the water by the towline. If the tug is unable to maneuver out of this position it is likely to capsize.

This apparently is what happened in the September 20, 2016 capsizing of the tug Domingue while assisting the U.K. registered containership CMA CGM Simba in the port of Tulear, Madagascar. As a result of the accident two of Domingue’s five crew died.

The MAIB report says that Domingue had been connected to CMA CGM Simba’s port quarter to help pull the vessel’s stern off the berth. During the maneuver, the prevailing tidal conditions caused CMA CGM Simba to move towards an outlying mooring dolphin. To avoid striking the dolphin, CMA CGM Simba’s master briefly maneuvered his vessel ahead, during which time Domingue girted and capsized.

The investigation found that:

Following the accident, CMA CGM Simba’s manager, Midocean (IOM) Ltd (Midocean), has highlighted to its fleet the dangers of working with tugs, including girting, and measures that should be taken to minimize the risks.