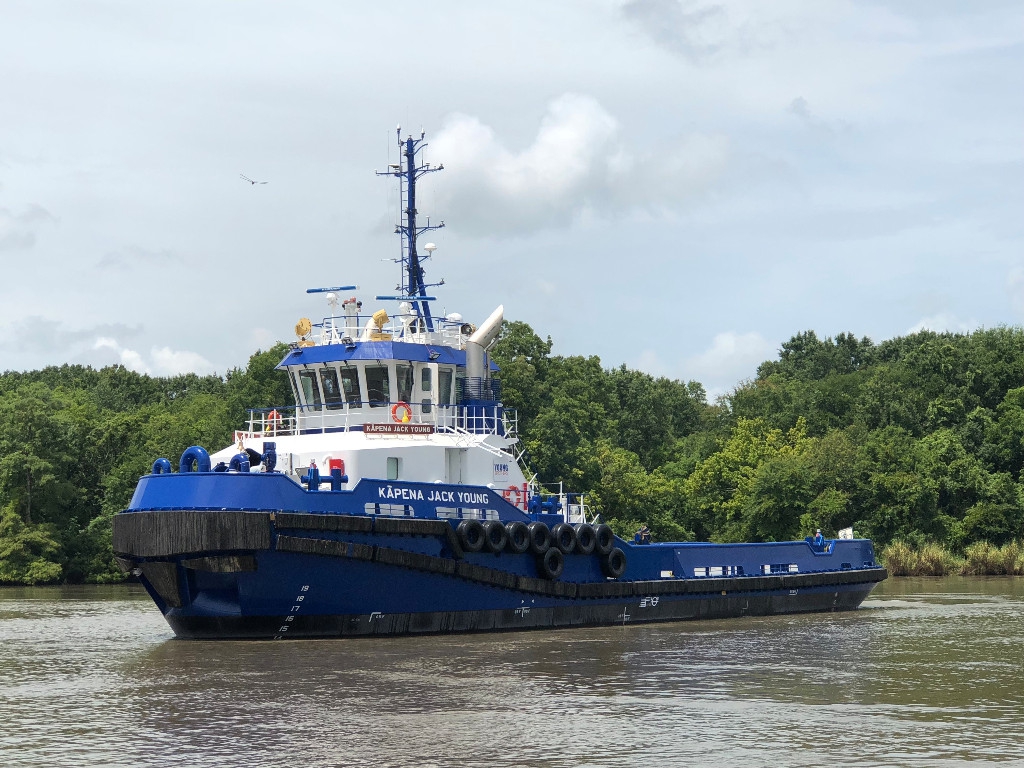 JULY 2, 2018 — The Kāpena Jack Young, the first of four new ocean-going tugs that will soon begin neighbor island service for Young Brothers, has been christened at Port Fourchon, LA.

Designed by Damen USA and based on the Damen Stan 3711 design, the Kāpena Jack Young is the first of four new Kāpena class tugs on order at Conrad Shipyard, Morgan City, LA, for Hawaii-based Young Brothers, an independent subsidiary of Saltchuk group member Foss Maritime, and will be home-ported in Kaunakakai, Molokai.

“Kāpena” means “captain” in the Hawaiian language, and the name for the class of ships celebrates the skill and innovation of Young Brothers’ Hawaiian navigators.

The Kāpena Jack Young is named after Captain Jack Young, one of three brothers who founded Young Brothers in 1900. Each of the four new Kāpena class tugs will be named after an original Young Brothers’ captain, including nā Kāpena George Panui Sr. and Jr., Bob Purdy, and Raymond Alapai.

The christening was attended by representatives of Young Brothers, Foss Maritime, Conrad, and Damen in attendance, and by Sharon Young, Jack Young’s granddaughter, who sponsored the vessel.

“The four new Kāpena class tugs, represent our future while honoring our past. Once in service, the average age of our fleet will be reduced from an average age of 44 years to 12 years young,” said Joe Boivin, new President of Young Brothers. “The new tugs reinforce our commitment to safety, environmental stewardship and customer service.”

“I’m very impressed with the work that has been done by Conrad Shipyard and Damen USA in the delivery of the first of our four new, state-of-the-art, Tier 4 tugs,” said John Parrott, President and CEO of Foss Maritime. “We worked with Young Brothers to research various tug hull designs, engines, and towing equipment options. The construction of these new tugs supports Young Brothers in providing reliable, affordable and frequent services throughout the Hawaiian islands—now and in the future.” 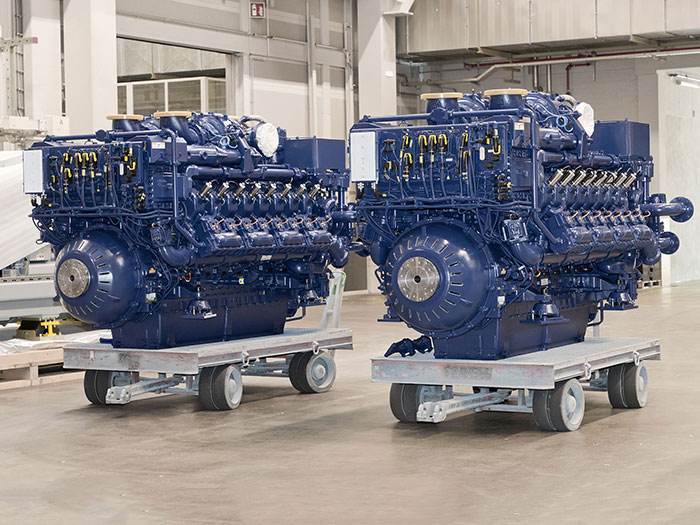 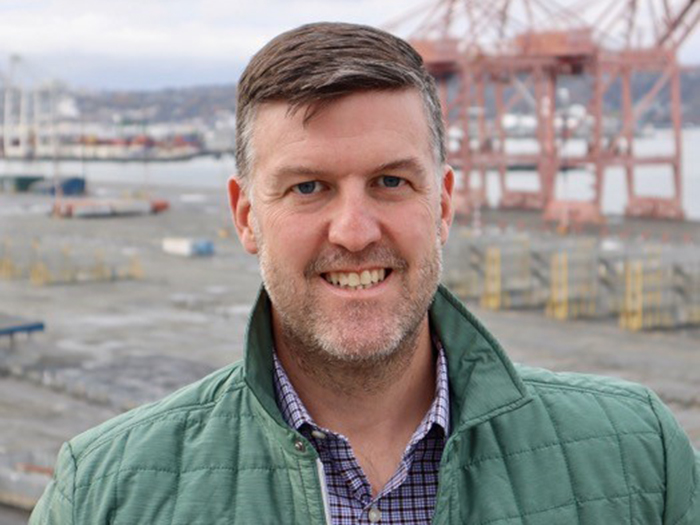 Foss Maritime names Will Roberts as next president