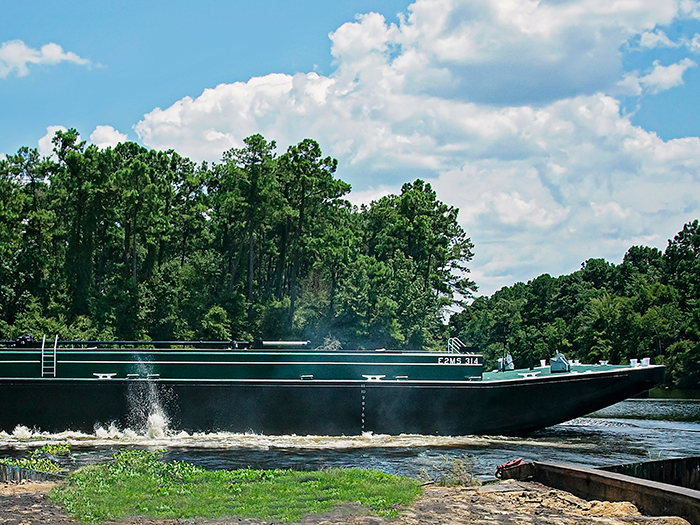 E2MS 314 makes a splash as it enters the water

A barge yard idled in 2015 is back in business with a splash.

Arcosa Marine recently launched the first barge to be completed since it reopened its Madisonville, La., yard in April.

The facility had been largely idle since Trinity Marine closed the site in December 2015.

Arcosa Inc., which was spun off from Trinity Industries in 2018, made the capital investment needed to reopen the facility in response to encouraging conditions in the barge construction industry for multiple barge types including tank, hopper, and deck barges. The investment allowed Arcosa to pursue highly skilled workers to fill high-quality jobs in the region. Arcosa Marine now has booked construction in Madisonville into 2020.

“We are honored by E Squared’s continued trust in Arcosa Marine to deliver the highest quality inland barges to their fleet,” said Faherty. “As we celebrate this momentous launch, on behalf of Arcosa Marine I want to personally thank the employees that returned to the Madisonville shipyard along with the new hires to pick up the torch and keep the tradition of over 80 years of shipbuilding at this facility going strong. About half of the current workforce returned from working at the yard previously. I also want to thank the St. Tammany community for its involvement in making this day possible.”

Arcosa Marine has previously constructed several barges for E Squared The E2MS 314 is the first of two additional tank barges Arcosa Marine will deliver to the company.

New Orleans based Harbor Towing & Fleeting picked up the barge on August 23 to move it to the Mississippi River where it will begin moving product.