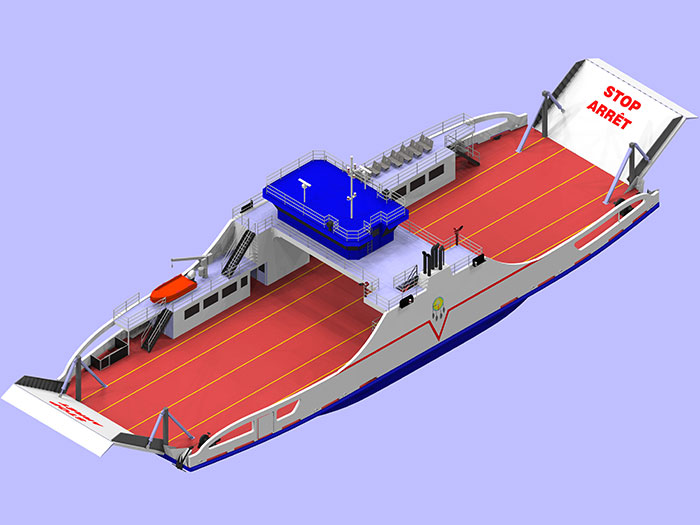 Rendering of the new double-ended ferry (DEF) which will use Voith Schneider Propellers (VSP) for its propulsion. [Image courtesy of Fraser Shipyards Inc., design by Downey Engineering Corp.]

An infrastructure upgrade project is underway on Christian Island, Ontario, Canada, and one of its main components is the construction of a “floating bridge,” in the form of new double-ended ferry.

Christian Island is located on Lake Huron’s Georgian Bay and Beausoleil First Nation (BFN) will be the owner and operator of the new ferry, which will be built at Fraser Shipyards, Inc., in Superior, Wis., and will have two Voith Schneider Propellers (VSPs).

The ferry has a diesel-electric power plant, which means the VSPs are directly driven by an e-motor. The ferry design and VSP configuration take into account the most effective way to operate a vessel under many different environmental conditions—namely cold, icy conditions.

“To meet the needs of BFN, Voith worked very closely with the shipyard and designer during the project phase,” said Ivo Beu, Director of Sales, Marine Business Americas, Voith Turbo. “Together with our Research and Development department, we supported the optimization of the hull form in many ways to have an efficient overall concept which will meet BFN’s needs for decades to come.”

Voith Turbo’s project scope includes three size-18 VSP units, two installed in the ferry and the third held by BFN in case of a grounding, accident or maintenance issue.The ferry has been designed so that a VSP can be exchanged while the vessel is still afloat, which saves cost and time during the exchange procedure.

The VSPs are reinforced for operation in icy water during the late autumn and early spring, and Voith Turbo’s scope of supply also includes the Voith electronic control system, which is used for safe navigation of the ferry. 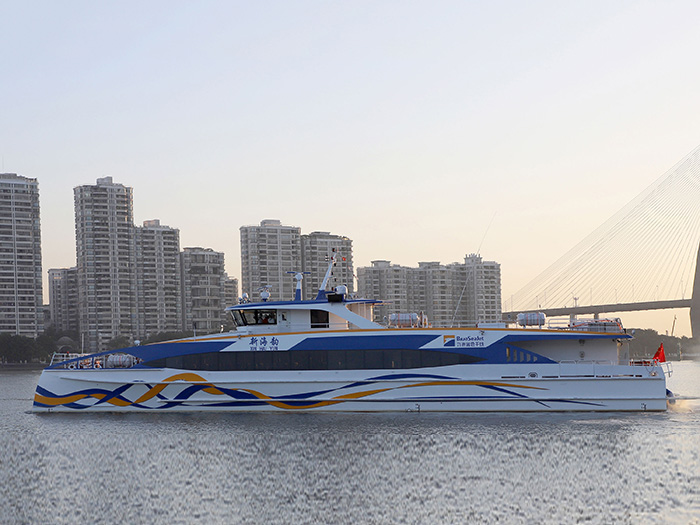