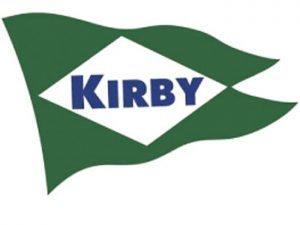 President and CEO David Grzebinski said the results were “largely in line with our expectations.”

“Demand across the majority of the products we carry in the inland marine transportation market remained stable with utilization in the 90% to 95% range,” he said. “Market pressure from inland tank barges shifting out of crude oil service led to continued modest pressure on contract renewal pricing. Spot prices were generally around contract price levels throughout the quarter. In the coastal marine transportation market, pricing for term contract renewals increased modestly. Our results also reflected the anticipated earnings impact from heavy coastal equipment shipyard activity.”

Mr. Grzebinski called market conditions in Kirby’s land-based diesel engine services business, as continuing to be challenging due to the decline in the price of crude oil and, consequently, the low utilization levels of the oilfield service industry pressure pumping fleet.

The marine transportation segment’s 2015 third quarter operating margin was 22.4% compared with 25.0% for the third quarter of 2014 as a result of higher labor costs, including pension, lower inland marine transportation rates, increased shipyard activity and higher depreciation expense in the coastal business, and the impact of fuel price escalators on inland marine affreightment contracts.

Mr. Grzebinski said, “Our earnings guidance range for the 2015 fourth quarter is $0.93 to $1.03 per share and we are revising our full year 2015 guidance range to $4.10 to $4.20 per share [down from the prior guidance of $4.10 to $4.35 per share]. In our inland marine transportation market, our fourth quarter outlook reflects continued modest pricing pressure. Utilization in Kirby’s inland fleet, however, is projected to remain in the 90% to 95% range. In our coastal marine transportation market, although we’ve seen some industry spot availability related to the uncertainty around crude supplies, we expect supply and demand to remain consistent with the first nine months of the year and Kirby’s fleet utilization to remain above 90%. Our guidance assumes normal fourth quarter operating conditions for both the inland and coastal marine transportation markets, including the winter cessation of most operations in Alaska.” 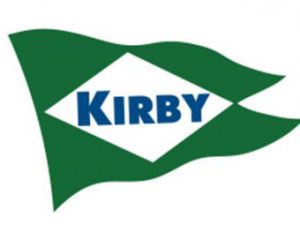 Despite taking a one-time tax benefit of $50.8 million from the CARES (Coronavirus Aid, Relief, and Economic Security) Act barge giant Kirby Corporation (NYSE: KEX) reported a net loss of $248.5 for 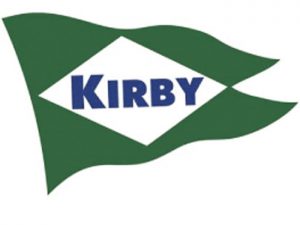 Kirby gets what it expected

JULY 30, 2015 — “Our results for the second quarter were largely in line with our expectations,” commented President and CEO David Grzebinski as Houston headquartered tank barge Kirby Corporation (NYSE: KEX) 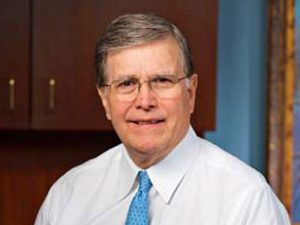 JANUARY 3, 2014 — Kirby Corporation’s Joe Pyne (left) is handing over some of the reins at the nation’s largest tank barge operator and diesel engine services as the company moves ahead

Houston-headquartered Kirby Corporation (NYSE: KEX) today announced results for the first quarter ended March 31, 2022, Earnings in the quarter were $17.4 million or $0.29 per share, compared with a loss of

“Looking forward into 2022, the outlook for marine transportation and distribution and services is very favorable, and we expect material growth in earnings during the year,” said David Grzebinski, president and CEO