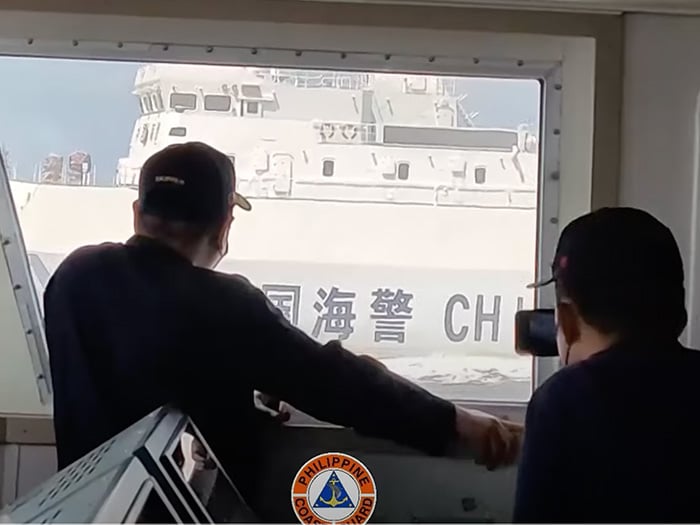 The Philippines Coast Guard (PCG) has released video showing aggressively close maneuvering by a Chinese Coast Guard vessel that brought it within 21 yards of a PCG vessel.

This constrained the maneuvering space of BRP Malabrigo in what the Philippine Coast Guard says was a clear violation of the 1972 International Regulations for Preventing Collisions at Sea (COLREGS).

According to PCG Commandant, CG Adm. Artemio Abu, the incident was the fourth such close incident involving CCG vessels in Bajo de Masinloc.

On May 19, a PCG vessel reported an incident of close distance maneuvering involving a CCG vessel with bow number 3301.

“The behavior of the involved CCG vessels increased the risk of collision with four of our capital ships. Hence, we immediately coordinated with the National Task Force for the West Philippine Sea (NTF-WPS) and the Department of Foreign Affairs (DFA) to address this issue through rules-based and peaceful approaches,” Abu said.