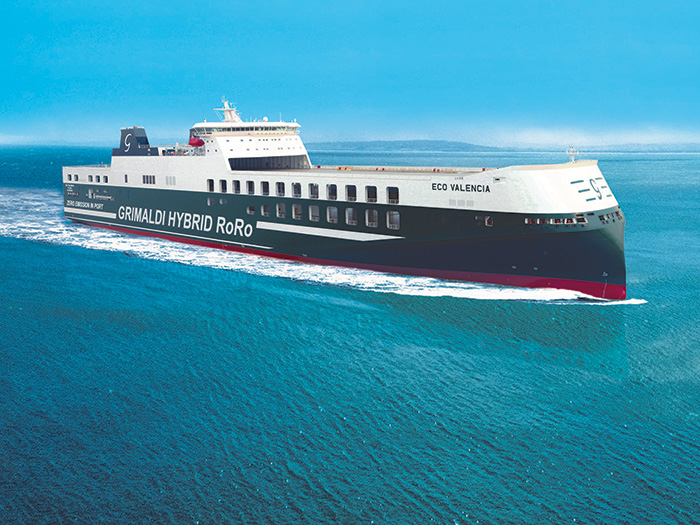 The Silverstream technology, which produces a thin layer of micro-bubbles over the flat bottom of the hull, is an integral part of the new vessel’s range of emissions and fuel reduction measures. Air lubrication reduces the frictional resistance between the water and the hull, improving operational and environmental efficiencies.

Savings figures of 5.1% have been measured during initial performance testing, which has taken place continuously since the Eco Valencia entered service in the Mediterranean. During this process, the Silverstream System was comprehensively tested at various vessel speeds and in a range of sea states, to calculate and prove fuel and emissions savings.

“We are delighted to have reached this latest milestone in our continued partnership with Grimaldi Group,” said Noah Silberschmidt, CEO, Silverstream Technologies. “The recorded savings figure of 5.1% exceeded initial predictions and shows that Grimaldi’s vision to install our air lubrication technology as a fuel and emissions reduction solution has paid off.”

“The successful trial of the Silverstream System and the CO2 reduction that it generates is an important step in Grimaldi Group’s aim to lead on shipping sustainability,” said Alberto Portolano, Project Manager of AirLub Design and Integration, Grimaldi Group. “The trials conducted with the ship in fully loaded service showed the air bubbles covering the entire hull bottom. We are looking forward to continuing to work closely with Silverstream to benefit from their technology on more of our market-leading Ro-Ro vessels.”