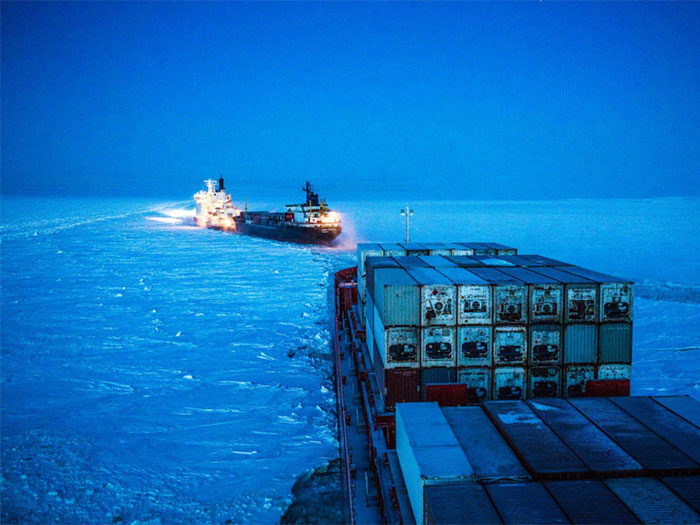 Moscow-headquartered Nornickel, the world’s largest producer of palladium and high-grade nickel and a major producer of platinum and copper, has signed a letter of intent with Rosatom State Corporation and the Far Eastern Shipbuilding and Ship Repair Center to design and build a dual-fuel diesel-LNG icebreaker to escort ships carrying Nornickel’s cargo along the Northern Sea Route.

Nornickel, the largest industrial company in the Russian Arctic, has unique expertise in operating on the Northern Sea Route. Last year its fleet transported over 1.5 million tons of cargo along the route, around 5% of the route’s total cargo turnover.

The turnover of the Arctic ports of Dudinka and Murmansk is growing. Nornickel has been modernizing and expanding infrastructure in port cities, as well as increasing and renewing its fleet to handle the increased cargo traffic. The new LNG icebreaker will enable Nornickel to replace a Taimyr-type nuclear icebreaker that will be decommissioned in 2027–2029.

The letter of intent builds on an agreement signed earlier this year between Nornickel and Rosatom to extend the period for the provision of icebreaking services to Nornickel by Rosatom’s icebreaker subsidiary, Atomflot. That agreement said it was expected that the new LNG-fueled icebreaker would be operated by Atomflot.