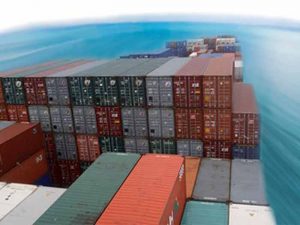 Diana gets $148 million loan from Royal Bank of Scotland

RBS is slowly closing up operations here,” Reuters quoted one source at RBS as saying. Be all that as it may, today Athens, Greece, headquartered Diana Containerships Inc. (NASDAQ:DCIX) said that on September 10 it\ signed a six year term loan facility with the Royal Bank of Scotland plc for up to $148 million, which will bear interest at the rate of 2.75% over LIBOR.

This employment is anticipated to generate approximately $3.59 million of gross revenue for the minimum scheduled period of the charter extension.Diana containerships Inc.’s fleet currently consists of 14 container vessels (5 Post-Panamax and 9 Panamax). It also expects to take delivery of one Post-Panamax container vessel by the end of November 2015.